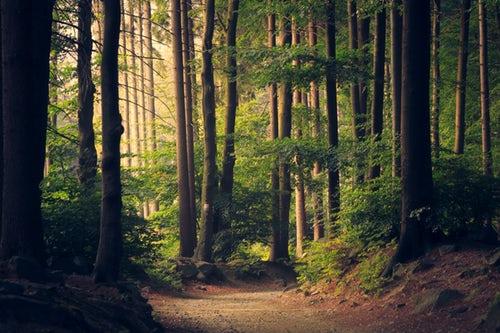 Five months ago, in early September, a strong earthquake hit Hokkaido, Japan. In disaster-affected areas, an increasing number of people are finding uses for the fallen trees felled by landslides.

The central and Hokkaido governments, local forestry cooperatives, and paper manufacturing companies are developing plans to use these fallen trees. The plans include turning them into fuel for stove heaters and biomass power generators, or simply making paper and cutting them into lumber. Through these efforts, they aim to achieve eco-friendly earthquake reconstruction.

"There are no parts of a tree that can be thrown away. We can use fallen trees as energy sources without wasting any parts."

During the earthquake on September 6, large scale landslides occured in parts of the island of Hokkaido. The main area was Atsuma, which was the site of the earthquake measuring 7 on the Japanese seismic intensity scale. These slides caused damage to around 10,660 acres of mountain trees!

Forests account for 70 percent of Hokkaido's land area. There are many wood processing plants. In November, both the island's government and the Hokkaido Regional Development Bureau of the Land, Infrastructure, Transport and Tourism Ministry called for local forest cooperatives and paper makers to create a network for utilizing the fallen matter. They say they want quick removal and effective use made of them in order to promote forest road restoration, among other reconstruction work.

The specific plan developed is:
•Process fallen trees in good condition into paper and lumber
•Damaged trees can be converted into wood pellets or wood chips for use as fuel in biomass power generation

Wood pellets are usually produced by first breaking trees down into smaller pieces, then compressing them into cylindrical shapes using heat, among other methods. Without materials such as adhesives, they are made entirely from wood. Commercial production began in North America in the 1970s. This was done in anticipation of their use in stove heaters and boilers.

According to the Forestry Agency, about 210,000 tons of pellets were used as energy in Japan in 2016. This is up 34 percent from 2015.
Get rid of single-use plastic bags and bottles, and up your usage of reusable products 100 percent!

"Wood pellets have been traditionally produced from surplus lumber. Since we have such a large number of fallen trees, I'm sure we'll be able to increase their production. I hope they will attract more attention."

Paper manufactures are also focused on using the trees for biomass power generation. Oji Paper Co, a Tokyo-based company that has a power generation facility at its Tomakomai, Hokkaido, plant, has generated trees felled by typhoons as fuel. The electricity is used for plant operations. Any surplus energy is sold.

Another Tokyo-based paper company, Nippon Paper Industries Co, plans to construct a power plant. Their goal is an output of about 75,000 kilowatts with wood fuel operation alone.

"We want to use everything we can use."

"We should not simply abandon fallen trees, but should have many people use them. We believe this will lead to the reconstruction of disaster-hit areas."

Head of Hokkaido government's section for the forestry and lumber industry