America's Most Eco-Friendly Workers. Did Your State Make the List?

America's Most Eco-Friendly Workers. Did Your State Make the List? 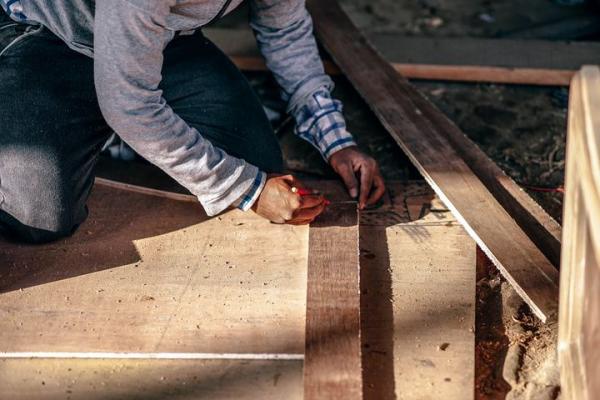 You might consider yourself to be an "eco-friendly worker," but if your work day consists of a long commute to work and endless paper printing tasks, your carbon footprint might be worse than you think or perhaps it has something to do with where you live?

According to a new study, eco-friendly workers differ greatly by state. So, to find out which states have more environmentally friendly workers than others, Zippia, a career expert team, analyzed an index of data based on a variety of factors including commuting habits, state laws encouraging fuel-efficient vehicles, state energy efficiency scorecards, energy efficiency job reports, and laws and regulations on emissions and pollution.

States were then scored for "energy job rank," "energy efficiency rank," "green commute rank," and "clean energy laws." Here's a quick list of the top 10 states with the most eco-friendly workers. Did yours make the list? 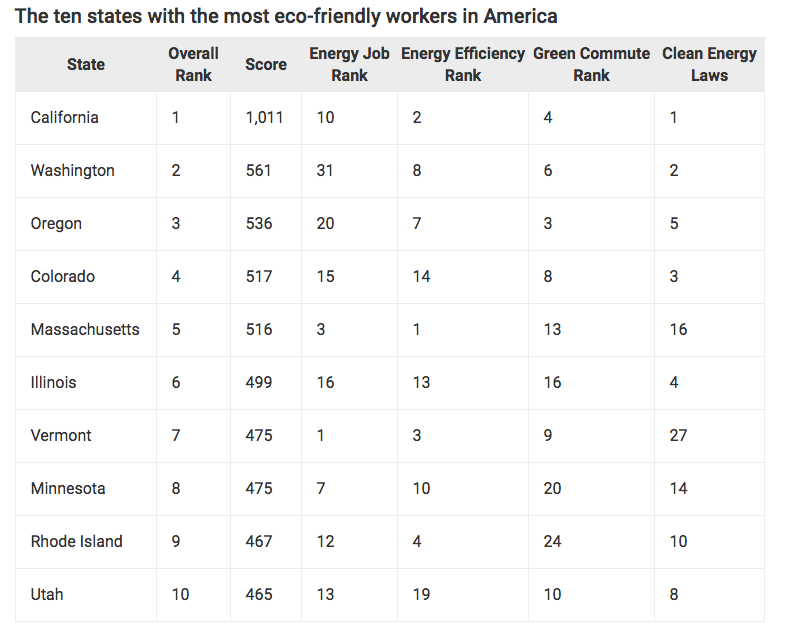 Given California's reputation for being an environmental leader, we weren't surprised to see them at the top of the list. Similarly, Washington, Oregon, and Colorado have also put several laws in place to encourage people to live more sustainably. Other states that made the list, however, may surprise you.  Let's take a look at the remaining states that ranked 11-50.

When it came to states with the greenest forms of commuting, Hawaii dominated with 189 out of 200 points, followed by Alaska in second place making it in the top five for biking, walking, and carpooling. This state also has the lowest vehicle-miles traveled compared to any other U.S. state.

The Southwest and the South, however, didn't fare too well when it came to rankings for green transportation. Walking might be out of the question in the humid months of the year, but what about biking or carpooling?

Considering Americans spend 40 hours per week on average at work, it's hugely important that companies, as well as state legislation, continue to put time and effort into implementing and improving eco-friendly initiatives that will benefit workers and the environment.