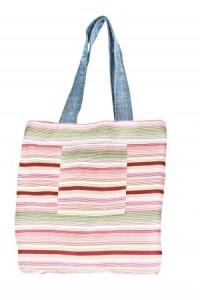 Plastic bag usage is becoming an increasingly worrying trend all over the world. The core chemical composition of plastic bags means that they are not biodegradable. As a result, government agencies as well as environmental activists are taking significant initiatives to educate as well as help people develop methods to change the trend of high plastic bag usage.

How Has the Plastic Bag Ban Changed in the past Two Years?

Although Los Angeles has only just started to tackle the problem of excessive plastic bag usage, other parts of the country have successfully transitioned to other options. For instance, Long Beach has almost completed its second year of a plastic bag ban and has only seen one infringement of the law. The infringement was by a small liquor store that, when approached by officials and educated about the reasons for the law change, immediately conformed to the law.

Surveys around Long Beach have shown that a significant majority of the community believes that the making of the anti-plastic bag law was the right thing to do. Studies across the country show that as many as 30 million plastic bags are simply discarded in the United States alone in a single year - dirtying landscapes and clogging waterways. The residents of Long Beach appreciate the fact that they do not have to deal with discarded plastic bags destroying the appearance of their naturally beautiful surroundings.

Despite the reduction in sales of bags, the most noticeable trend was the fact that a number of residents have altered their habits rather than change them completely. A number of residents appear to be sticking to the use of their wholesale reusable bags. As a result, they don't need to purchase new bags, but may still be using plastic bags.

While wholesale reusable bags are often used, the primary objectives of the ban are met because of the reduction in production of new bags. While there has been some opposition from residents - especially those employed by the plastic manufacturing industry - the ban was well met and supported by residents almost all the way.