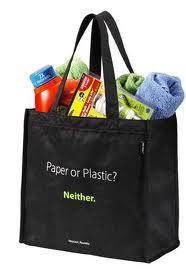 In the midst of all the familiar rumbling noise of subway cars, the honks of vehicles stuck in the traffic, the tall buildings, and shops right at the base of Crescent Street near QueensboroBridge in Long IslandCity, is a neighborhood that has gradually transformed over the past four decades. The change is so evident from the list of services provided by an age-old dry cleaner on the street. Organic dry cleaning offered by the dry cleaner at the request of the people in the neighborhood shows how the neighborhood is leaning towards environmentalism.

A Step Beyond Organic Dry Cleaners

There have been small localities that believe in organic food, and organic methods of farming. However, Packard Square Cleaners is situated in a neighborhood that has advanced to a stage way beyond consuming organic food. Over a decade ago, dry cleaners in the nation began to diverge from using chemicals, and moved towards the concept of natural dry cleaning. However, this spirit has spread from Manhattan to Brooklyn, from the shops of dry cleaners to butchers.

Traditional dry cleaning does not use water in the process of cleaning clothes as it utilizes perc (perchloroethylene). This chemical is assumed to be carcinogenic and thus dry cleaners have begun delving into different alternatives. Methods of using liquefied carbon dioxide or silicone, hydrocarbons, etc. have been considered as possible alternatives but each has its own problems.

The residents of Queens became concerned about their health and the various dry cleaning options. Thus, they began to request for organic or green dry cleaning due to which Packard Square Cleaners re-branded their services. There is no evidence of whether the alternatives involved are indeed organic, but the change in mentality has proved that people are concerned about chemicals.

There are many green dry cleaners popping up everywhere in the nation with not much information about their organic methods. A bill passed by Councilwoman, Jessica Lappin, was intended to obligate all dry cleaners to meet well-defined criteria in order to be certified as organic dry cleaners. If the system is regulated, the services can meet the needs of the concerned people.