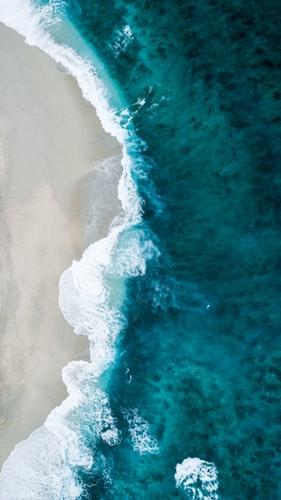 This summer, Dr. Ally Evans has been hard at work pasting a variety of misshapen concrete tiles to breakwaters along Great Britain's Welsh coast. However similar to standard construction work it may look, this is no straightforward coastal repair.

Evans is a postdoctoral researcher at Aberystwyth University in Wales. Along with a team of researchers across her home country and Ireland, her efforts are part of the potentially groundbreaking "Eco Structure" project.

While coastal tiling does not immediately bring to mind the development of biodiversity, the aim of this project is to do exactly that. By conducting long term, field-based research, the Eco Structure project hopes to determine what materials and shapes, when affixed to coastal defense structures, renewable energy infrastructure, and other marine-based construction, will be best to revive ecologically dying coastal areas.

The team is trying to address a fundamental challenge in coastal areas. Research has shown that shorelines filled with artificial structures have 45 percent fewer species that natural ones in similar areas.

In a period of rising sea levels, plummeting marine biodiversity, and growing human populations, whether or not man-made structures are a good habitat for marine life is a serious issue. As coastal cities grow, their shorelines become harder. More than 50 percent of the coastline is made up completely of artificial structures such as piers and seawalls in major coastal urban areas such as New York, Hong Kong, and Sydney. Up to one billion people are likely to be at risk of coastal flooding by the year 2030, which means that many other areas will become hardened as well to protect them.
Ensure quality marine marine life habitats by switching out your single-use bags and bottles for reusable ones. Get yours from Custom Earth Promos today.

Evans and her team are researching ways to eco-engineer these structures so that they both look and act more natural. The working theory is that by mimicking rocky coastlines, more biodiversity will be attracted to the area. As Evans puts it, "complexity will attract diversity of life."

"What we are hoping is that the extra layer of topography we are adding will attract more diverse communities more like what we might see on a natural habitat."

Evans says that many of the ecological problems posed by traditional coastal structures are the result of the materials they are made out of. For example,

"Rock surfaces on a breakwater tend to be quite smooth compared to natural rocky habitats, which makes it much harder for marine life to take hold."

It is also becoming apparent that hard structures place in places that normally don't have them cause further ecological damage. A growing body of research points to hard features built on sandy shorelines as stepping stones for the introduction of destructive non-native species into these areas. Researching how artificial structures facilitate this introduction, and how climate change might alter them, is also a significant part of the project.

Poorly planned engineering can even lead to increased erosion in the very area it was designed to protect. For example, the historic seawall in Stanley Park, in Vancouver, Canada, has been directly linked to increased erosion in surrounding areas. Mistakes made within the wall's design could cost the city millions to fix, and could even lead to the popular tourist attraction's removal altogether.

Perfecting seawall design is even more important in the age of human-caused climate change. The Global Climate Forum predicts that coastal flooding could cost up to one trillion dollars in repairs per year by 2100 if current sea-level rise projections come true. Efforts to address this problem will most likely result in more seawalls.

In what might be described as a natural copy and paste approach, one of the techniques being tested by the research team is coastal photogrammetry using 3D laser scanning radar. This technique is used on biodiversity-rich natural structures such as boulders and rock pools to model both their shape and topography. The models are then 3D printed and reproduced as artificial tiles that, when stuck to man-made structures, will hopefully attract the same species as their natural counterparts.

The project has already come up with some interesting materials, such as new type of the concrete known as "Reef Crete," which models a natural reef and is eco-friendly because it uses low carbon materials and production methods during construction. The team has also developed what they call "vertipools," which they hope will attract native species of mollusks, bivalves, and seaweed.

One of Eco Structure's main goals is to come up with a database with what works and what doesn't.

Similar techniques are being trialed independently in other parts of the world. In the Agathoise coast Marine Protect Area in France, 32 3D printed artificial reefs were put into place earlier this year. This was to form a base for a harbor indicator buoy. This is the largest installation of any sort of eco-structure so far.

Unfortunately, the determining whether this project will be successful cannot happen overnight.

"It takes some time for marine communities to colonize new surfaces and it could take up to two years before we see if our efforts have been truly successful or not. "

While it may take some time to see results from the project, the potential benefits of these structures could be vitally important to ensuring sustainable development. On a warning planet with rapidly growing populations, eco-engineering points us towards a future where man-made structures can coexist with biodiverse ecosystems.