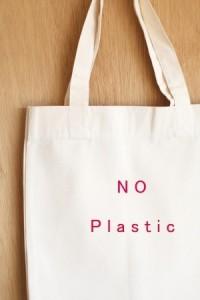 The ban on single use plastic bags hasn't gone unchallenged by those who are affected the most – the plastic bag manufacturers. However, they lost the challenge against the local ban in the Marin County, when Supreme Court permitted the County to continue with the enforcement at checkout counters within the jurisdiction.

Details of the Custom Tote Bags and Plastic Bag Ban

Earlier an appellate ruling had upheld the Marin ordinance. The Marin ordinance has banned the use of single use plastic bags, with effect from January 2012. The ordinance recommends a 5-cent fee to replace single use plastic bags with a paper bag. The review of the appellate ruling was denied by the justices. In California, including Alameda and San Francisco, 50 cities have adopted similar measures

The ordinances are timely and sensible. They aim at minimizing water pollution and waste caused by disposed plastic bags. The bag manufacturers surprisingly argue that the bans will lead to bigger environmental problems than they can solve. The argument may sound ludicrous, but they argue that paper bags consume more energy in course of their manufacture in comparison to the manufacture of other bags. So, their production will cause an increased emission of green house gases. In addition they will require more space in landfills.

However, San Francisco's First District Court of Appeal ruled in favor of the Marin County. The court said that the county need not study the likely environmental impact prior to actually imposing the ban. In the opinion of the court, there is enough evidence that supported the County's conclusion that the ordinance will be beneficial to the environment, will protect natural resource as well as maintain and enhance the same. Therefore, in the opinion of the court, the review of likely adverse impact was not needed. The ruling was given by an overwhelming 3-0 majority presided over by Justice William McGuiness.

Why Custom Tote Bags Are Better than Plastic Bags?

The custom tote bags are definitely better than plastic bags. Plastic bags are non bio-degradable, which means they will continue to remain as they are for ever. In addition, they will fill the landfills. Usually when wastes are filled in landfills, the organic wastes degrade, and eventually form a part of the earth or completely mix up with the elements. However, plastic wastes will continue to occupy space and pollute the environment because harmful chemicals are used in the manufacture of these bags. The custom tote bags on the other hand have none of these disadvantages of the plastic bags.