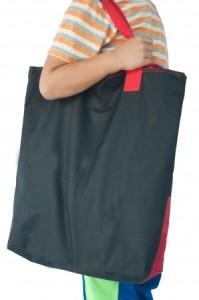 People all over the world are becoming increasingly aware of the various problems developing in the eco-structure of the planet. Some people are taking very serious steps to correct the problem in every small way that they can. The over excessive use of plastic bags is known to be one of the biggest problems since plastic is not biodegradable. Marin County has been faced with some political opposition as a result of the plastic bag ban that exists, but the courts have stood firm in the interest of the environment.

A significant part of the population is happy with the decision of the Marin County court to uphold the ban on plastic bags. The ban was imposed nearly two years ago and, while there is some amount of an impact faced by retail stores and plastic bag manufacturing industries, the common man appears to understand that the use of plastic bags has gotten out of control and will impact future generations severely.

There has been opposition to the ban on plastic bags that begin about two years ago primarily led by ‘Save The Plastic Bag Coalition', which is an association of plastic bag manufacturers and distributors.

Other counties in the area are taking a cue from Marin County's victory for the environment as they plan to implement the same bans in their areas. Fairfax has already banned the use of plastic bags.

The usage of plastic bags in the US has gotten quite out of hand. These billions of plastic bags then end up in landfills and ultimately lead to pollution and clogging. As a result, the promotion of wholesale reusable bags is an essential part of migrating people from the use of plastic bags, which they are so used to thus far.

How Will the Plastic Bag Ban Help Marin County?

Wholesale reusable bags are becoming a very viable option in the effort to protect the environment. There are a number of manufacturers all over the world that promote the use of these bags. While the stores have banned the use of plastic bags, as an alternative, they do usually sell paper bags or bags made of some other biodegradable material at a very low cost.