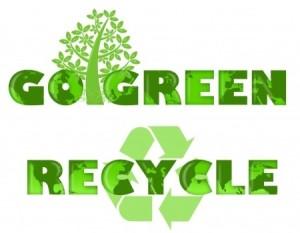 To come up with effective ways of handling the litter caused by plastic bags and reducing the use of such non-biodegradable bags, the city of Milpitas is considering a ban on plastic bags. The city already has an ordinance in place which has proposed a ban on the use of plastic bags in retails stores. The council is scheduled to come to a conclusion on the ban over the next few weeks by discussing the issue in community meetings.

Public information specialist of the city, Leslie Stobbe, said that if the ban gets implemented, it will have an effect on all the retail stores in the city that use plastic bags, right from the smallest grocery stores to the biggest malls. But she did add that food establishments like take-outs and restaurants will be allowed to use plastic bags.

She further said that the upcoming community meetings will work as a reminder that the city was a part of the environmental impact report which involved a similar attempt to ban plastic bags in San Mateo County. She said that Milpitas was one of the first cities to study the impact of the ban on polystyrene food ware and plastic bags in Bay Area. She clarified that the city won't look into banning the polystyrene containers till further steps are taken by City of San Jose.

A draft bag regulation is scheduled to be reviewed by the city council on 19 November. The city council staff will decide when the ban can be brought into effect. As of now the implementation schedule is being looked into by the officials.

A staff presentation will be held at every meeting wherein reviews will be given about the steps taken in the matter. Open discussions with residents and business representatives will also be held.

Stobbe mentioned that as of now there has not been any sort of resistance or disapproval by the residents against the proposal. This reflects the eco-friendly attitude of the people who are willing to do their best in keeping their city clean by using eco friendly tote bags over plastic bags. This support by the residents of the city is likely to make the ban on plastic bags a successful one. The business owners too haven't shown any sort of disapproval as of yet.