New Superhero Teaches Kids How to Protect the Environment

New Superhero Teaches Kids How to Protect the Environment 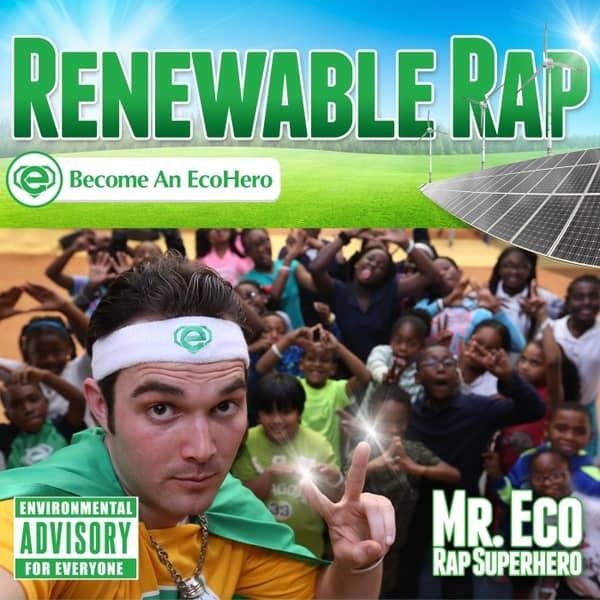 Who doesn't love superheroes? From Batman and Superman to The Avengers and Guardians of the Galaxy; Marvel, DC, and Dark Horse; in theaters and on paper; in America and in Japan, they are all over the world! They give us hope, offer escape, cheer us up when things seem bleakest, inspire us. Superheroes are a light in the dark.

But what if that inspiration could be inspiration to protect the environment? That's the goal of the newest superhero: Mr. Eco.

California Polytechnic State University alum Brett Edwards was looking for a way to merge his love of hip-hop and concerns for the environment, and thus: Mr. Eco was born. Mr. Eco travels the globe to bring the ideas of sustainability and wildlife conservation to youth. According to Mr. Eco "I believe that monumental change begins with the youngest members of society." Today, he has two albums, a popular youtube channel (that includes an adorable Star Wars themed anti-plastic straw rap https://www.youtube.com/watch?v=Q-VuwyXk7-k), an active twitter feed, and has performed at more than 420 schools in 5 countries (including the US, St. Lucia, Taiwan, and Hong Kong.) His message has reached over 210,000 students!

One thing unique to Mr. Eco is that his rap is available for free. His store is built on a "pay what you want" system. "I firmly believe in music being as free as possible. Unlocked. Shared and spread. I believe that in order for artists to survive and create, their audiences need to step up and directly support them. Honor system. No judgment. If you're broke – take it. If you love it, come back and kick in later when you have the money. If you're rich, think about who you might be karmically covering if you really love this record." The default amount? If you are going to pay, all he asks for is $10. And just like new music artists debuting their first album at the checkout counter of your local Starbucks, Mr. Eco's debut album, Hybrid Hip-Hop, went live in nationwide Whole Foods stores in 2013.

His show is most appropriate for children as young as kindergarten all the way up to sixth graders. Using a mix of dancing, call and response, storytelling, and plain old education, Mr. Eco shows kids how they can make an impact at home and at school to become what he calls EcoHeroes. "We will not run the show as an awards assembly, we believe that all kids deserve a chance to become EcoHeroes." Topics include littering, recycling, food waste, energy efficiency, and using reusable items.

Mr. Eco isn't just a mascot for empowering youth to love Mother Earth. Brett Edwards, inspired by his high school environmental science teacher, is also an impassioned EcoHero himself. He sailed from Bermuda to Iceland, with 5 gyres, the major ocean currents of the world, studying ocean plastic pollution just 4 years ago in 2014. He was an Al Gore Climate Reality Leader in Chicago in 2013, only a year earlier. He is also a graduate of Cal Poly San Luis Opisbo, also in 2013, with a degree in Business Entrepreneurship. His second album, Renewable Rap collaborates with children from 6 different countries.

Sponsored by multiple cities in California, and multiple companies looking to make the world a greener place, such as Brita, the U.S. Green Building Council, and MidAmerican Solar, Mr. Eco and his nephew sidekicks, Lil' Nico and Marky Marcus are inspiring the youngest of us to make some of the biggest changes to save the oldest person in existence. 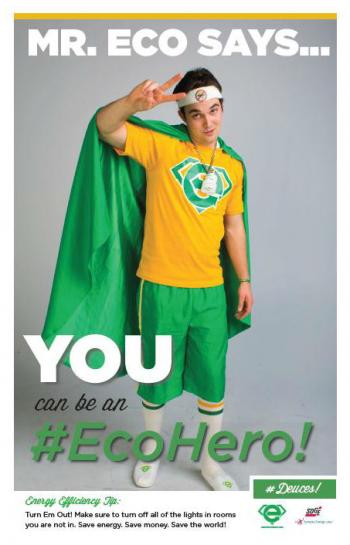