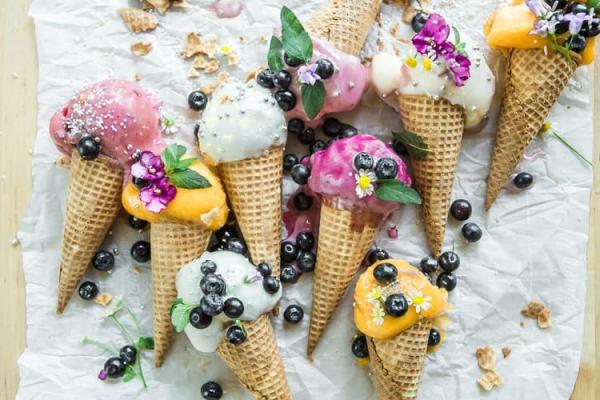 Ben & Jerry's, the ice cream known for such crazy flavors as Phish Food, the Tonight Dough (Starring Jimmy Fallon), and (Stephen Colbert's) Americone Dream, has come out with a new limited edition flavor.

Pecan Resist is a chocolate ice cream with both white and dark fudge chunks, pecans, walnuts, and fudge covered almonds.

Alongside all those nutty chunks, this pint packs a powerful message. Together, we can build a more just and equitable tomorrow. The ice cream company says the flavor is part of a campaign to "lick injustice" and create a more "just, equitable, and environmentally sound nation for us all."

Alongside the release of this delicious frozen treat, Ben & Jerry's has selected four groups that will be honored. Each group will get a $25,000 contribution in support of their work. Among them is the Honor The Earth, a Minnesota-based nonprofit that supports climate change issues, renewable energy, and environmental justice for indigenous communities.

Currently they are working against the transportation of Canadian tar sands through the state, as part of their proposed "Line 3" project.

The other three partners include:

Representatives of Honor the Earth were in Washington D.C. on Tuesday, October 30th, to receive the check from Ben & Jerry's. The ice cream company's CEO, Matthew McCarthy, said they were proud to use its voice to support groups helping to fight climate change and for eco-justice.

The flavor not only sounds tasty, but is just as eco-friendly as the nonprofit. Ben & Jerry's builds their business with social values in mind. Those put to the test when making this batch were:

You can sign up on the ice cream flavor's informational page to receive campaign updates from the partners, and you can take your ice cream to go in an insulated lunchbox, or brown bag tote.