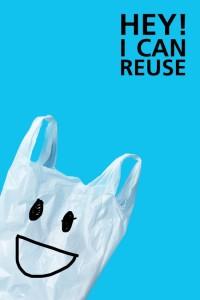 Recently, a bill that addressed the issue of usage of plastic bags was passed in the New Jersey Legislature. This bill proposes that the issue of plastic bags should be dealt with by introducing an incentive system. According to the bill, the retailers are supposed to give their customers a certain amount of rebate for using promotional reusable bags and not plastic bags.

More on the New Jersey Bill

This bill has been approved by the Senate Environmental Committee. According to the bill, every retailer is obligated to give its eco-friendly customers or customers who opt to use eco friendly reusable bags, a 5 cent rebate. While on the other hand, the retailers need to charge 5 cents extra from all the customers who opt for plastic bags over reusable bags. A similar bill was also passed in Washington D.C. around three years back. Since the implementation of the law in Washington D.C., the number of plastic bags that were previously disposed in the Anacostia River and the nearby regions was reduced drastically.

The Need to Encourage Promotional Reusable Bags in New Jersey

The interim Director at the district's Department of the Environment, Keith Anderson states that charging shoppers an extra sum for using plastic bags and by giving them a rebate on the usage of reusable bags, makes the entire recycling process an incentive system. This system is effective because in a normal scenario, the users would not mind paying 5 extra cents for using a plastic bag. However, the fact that they will be awarded for using a reusable bag, even if the amount is as low as 5 cents, will encourage them to use the reusable bags.

The bill will generate revenues for the New Jersey city council as well. According to Senator Bob Smith, the Chairman of the environmental panel, the city authorities of New Jersey can expect a revenue of around $28 million with the implementation of this bill. This fund can be utilized to develop other regions within the city, such as Barnegat Bay, as stated by Smith. The bay region has been completely destroyed due to the recent Hurricane Sandy, and could be renovated using this additional money.

Other cities that have similar laws