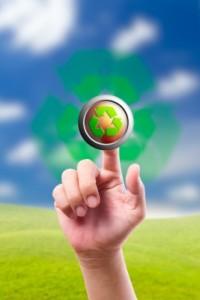 To address the issue of collecting and disposing recyclable waste, the governing bodies at New Milford are looking for new bids. The Borough council is facing difficulties with the borough's current hauler. So the council has decided to advertise recycling services among the residents to try and involve them in the entire process. The council is going to draft specifications for all the recycling services and then advertise them in the local areas.

The Present System Followed by the New Milford Council

At present, the Borough council has an agreement with Ferretti Carting Inc., a Hackensack based agency. However, this agreement is going to expire in the month of April, next year. This agreement comprises the collection and disposal of recyclable materials from the domestic spaces within New Milford. These domestic spaces include independent houses of the residents as well as apartment complexes.

This agreement was made for a span of one year with the option to expand it for the coming four years. However, the hauler was given only two additional years after the completion of the first year. The agreement is being withdrawn before the completion of four optional years because the hauler is facing a lot of problems at present. According to Ann Subrizi, the Mayor, the problems with the hauler began earlier this year when the pick-ups were never done on time. He added that the entire system is suffering because of the poor equipment involved and the labor problem.

Looking at the labor and equipment issues that the hauler is facing at present, the local authorities are trying hard to look for a solution. Subrizi stated that currently the days when recyclables are collected from the residents is extremely strenuous for the local authorities. As a result, the residents are losing interest in the entire activity. The Borough council does not want the people to be discouraged to recycle, so they are looking for residents who can help the authorities with the entire process.

The council has urged all the residents to take part in the recycling process more actively. This will help them conduct the entire process smoothly. They have also asked the residents to segregate their recyclable wastes a bit more carefully. Additionally, the members of the council are encouraging the residents to use eco friendly promotional items instead of the traditional ones. This will not only help them save up on costs but will also reduce the load of wastes that need to be recycled.