Tu B'Shevat: the Jewish Earth Day and New Year for the Trees in Israel

Tu B'Shevat: the Jewish Earth Day and New Year for the Trees in Israel 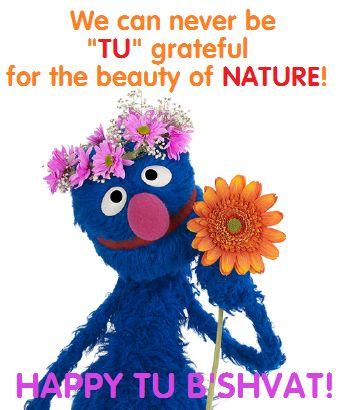 Today is Tu B'Shevat (ט"ו בשבט), also known as Rosh HaShanah La'llanot (לאילנות ראש השנה) or New Year for the Trees. Occuring on the 15th of the Hebrew month Shevat (January/February) (שׁבט), it is celebrated as an ecological awareness day in modern day Israel and new trees are planted. In ancient Israel it represented the start of farming season when fruit would begin to blossom.

According to biblical law in Judaism, there is a seven year agricultural cycle. On years one, two, four, and five, when the Holy Temple was located in Jerusalem, farmers would take a tenth of their produce and travel to Jerusalem to eat it in the holy city. On years three and six, farmers would give this 10 percent to the poor, who could consume it wherever they wished. On year seven, all produce belonged to anybody who wanted it and they could eat it wherever they liked.

This made it especially important to figure out when the year, one of four new years in the Jewish religion, began.  Grains, vegetables, and legumes have the same new year as humans: the 1st of Tishrei (September/October) (תשרי), but any fruit blossoming between then and the 14th of Shevat is considered last year's produce. This is because Tu B'Shevat is four months after the celebration of Sukkot (סוכות). Sukkot is when Jews spend time in a temporary hut known as a Sukkah (סוכה) and thank God for sheltering the Jews during their journey from Egypt, and celebrate the end of the harvest season and agricultural year in Israel. Four months later, the rainy season is over and enough water has penetrated the soil to produce new fruit.

One common way to celebrate this agricultural holiday is to partake in the consumption of the same foods our ancestors would have at this time. This includes things such as olives, dates, nuts, figs, grapes, and all sorts of dried fruits; all of which are produced in the mediterranean region of the country. A special blessing known as the Shehecheyanu (שחיכיאינו) is recited before the standard Ha'etz (העץ) if any of these fruits are being eaten for the first time.

Whether you are a "member of the tribe" or not, break out the dried fruits and nuts and have a happy Tu B'Shevat (ט"ו בשבט שמח)!