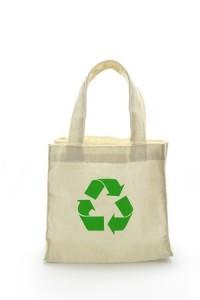 Plastic bag usage and the harm that it does to the planet in the long run is a serious issue. Studies have shown that about 5.2 million plastic bags are used in New York alone. About 93 percent of the huge sum is considered to be single use plastic bags that are discarded after one use. As a result, plastic bags make up a huge part of the waste and the fact that they take millions of years to biologically decompose means that they do more damage than good in the long run.

Fees on Bags When Shopping without Recycled Bags

Due to excessive usage of plastic bags and the well-documented evils that the habit involves, the city of New York has now decided to follow other parts of the country in rolling out a tax on bags. Areas like California and Santa Barbara have already successfully incorporated a bag tax and are considered to be better places in terms of being eco-friendly.

The fact that discarded plastic bags usually litter the landscape means that they have the ability to block waterways and cause serious havoc with the functioning of our cities. Also, a lot of end up filling the landfills. While this does seem to be a way of simply burying the trash and allowing it to decompose, the fact that these plastic bags are not allowed any sunlight means that the photosynthesis process is significantly slowed down. In addition to that, the decomposition releases toxic chemicals in the form of bile that can damage the land it seeps into.

A fee on bags will play a significant role in preventing people from using plastic bags too liberally. It will help in making them substantially more conscious about the environment.

Custom recycled bags eco friendly can help in fighting many plastic bag issues. As reusable bags can be used several times, they prove to be better than plastic bags, which are usually discarded after a couple of uses.

Custom recycled bags can also be used as a very influential marketing tool by businesses. While people, in general, are becoming more aware of the environment that they live in, they are also considering switching to businesses that follow environment friendly operations. Simply offering reusable bags instead of plastic bags at the cash counters can help businesses.