Should New York Park Rangers All Have the Same Job Title?

Should New York Park Rangers All Have the Same Job Title? 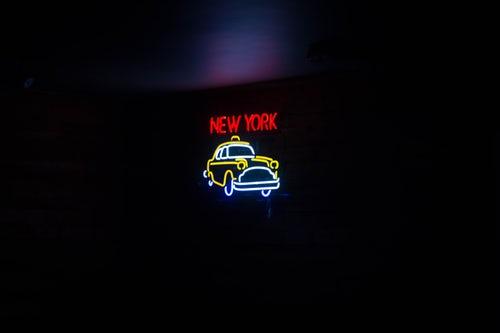 The idea proposed to the state Department of Civil Services back in November deals with the names of the departments only. It is not a merger or an elimination of either department.

"New York state Forest Rangers have been seeking a title upgrade for several years. DEC has been working with the New York State Department of Civil Service to support an upgrade of the Ranger title. Because Civil Service encourages consolidation of title series when appropriate, it was proposed that Environmental Conservation Police Officer (ECOs) and Rangers utilize the same title while maintaining separate divisions and responsibilities. Forest Rangers and ECOs receive similar training and perform similar duties and functions but were not in similar civil service title series. To be clear, this is not a merger of the two divisions, but rather a move to ensure both divisions are treated equally in the Civil Service system, for example, DEC engineers and biologists share similar titles, but can work in a number of different divisions."

While both groups are part of law enforcement, the Rangers came from the Fire Wardens and the ECOs came from the Game Wardens. The Rangers focus more on search and rescue, the fight wildfires, and protect natural resources, while also providing education on eco-friendly recreation. ECOs do exactly what their title suggests; they mainly enforce Environmental Conservation Law in regards to pollution, hunting and fishing, and they are the folks who check for proper hunting licenses and proper boat safety equipment.

The proposal states that the two groups are similar and often carry out the same duties. The Rangers would continue to learn techniques for responsibilities that include swift water rescue (also known as white water rescue), aviation hoist operation, and both GPS and land navigation. This would also allow them to take on new responsibilities, such as hunter related shooting incidents, waterfowl identification, and wildlife forensics.

A major benefit would be salary increase for Rangers. According to the DEC website, Rangers are hired for exactly $2,780 less than ECOs.

If approved, this would all go into effect on April 1st.

However, not everyone is on board. An environmental advocacy group thinks that the consolidation of titles could create problems. Adirondack Council Executive Director Willie Janeway says that while be believes the DEC's reason is good, he is concerned about the proactive education and forest preservation roles. He believes that they would suffer.

"We should pay our Forest Rangers more, and hire more Forest Rangers, without consolidating the Rangers with the Environmental Conservation Officers. As a former DEC Regional Director, I have seen and value the independent and complementary roles of the Rangers and ECOs."

Another Adirondack resident who is against the idea is retired Ranger Pete Fish. He is unsure how much the roles would change, but he believes education is the most important aspect of a Ranger's position. Fish began his career in 1960 and hated doing search and rescues.

"I'd go into find someone, and as I'm carrying them out, I'd pass by the next person I was going to have to carry out because they didn't have the right shoes on or they weren't carrying the proper equipment."

Fish said that this led him to do more community outreach and stewardship. He would spend Saturday mornings at trailheads. Here, he would inform hikers of trail difficulties and proper equipment. If he thought someone was unprepared, he would sometimes suggest alternative hikes. (Make sure you are prepared for an eco-friendly hike with reusable backpacks and drawstring bags, and reusable water bottles.)

"I think there is a terrific need for public education."

Along with Janeway, Fish argues that Rangers and ECOs need to be separated. Fish began working during a time when Rangers were considered peace officers. They are sort of like police, except they don't carry guns, and they don't have the same authority. He believes it was better for the Rangers' image and impact to not be associated so closely with cops.

"We used to drive around in these red trucks. We had a good reputation. People would wave at us. Everyone loved a ranger. Once we started driving around in the green trucks like the cops, there was a difference in attitude towards us from the public."