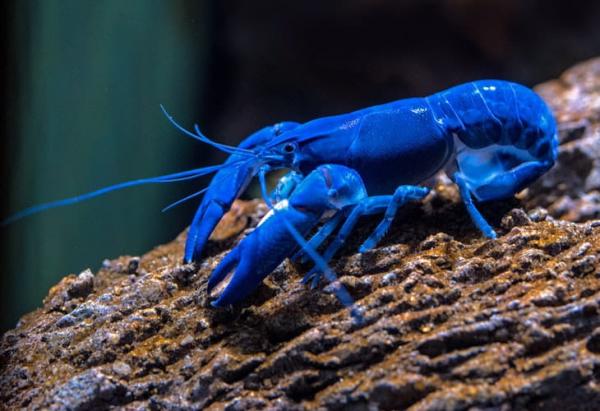 Red Lobster has joined the likes of Starbucks, Hilton Hotels, and American Airlines in saying "no way" to plastic straws.

On Tuesday, October second, the restaurant chain announced that if you would like a straw, you now have to ask for one. Plastic straws will no longer be automatically handed out; they plan on phasing out the use of them altogether by the year 2020. They will be replaced with an eco alternative. Red Lobster estimates that this will eliminate more than 150 million plastic straws per year from its more than 700 locations.

According to CEO Kim Lopdrup, "We hope our work helps raise awareness around the issue of plastic straws and encourages other businesses to make similar changes." She said that the new policy is a step in Red Lobster's commitment to preserving the world's oceans and marine life.

It is unclear what the new straws will be made out of, but the company said they are testing a variety of alternative materials. (Might we suggest reading: Suck up These Five Alternatives to Single-Use Plastic Straws)

The chain joins a long list of companies pledging to get rid of items such as straws and cut back on environmental waste. Recently, Starbucks announced that they are going to replace straws with a recyclable plastic lid and an alternative-material option in their more than 28,000 locations worldwide. In some stores, they even sell flavored, paper straws.

Other companies making similar promises include Royal Caribbean and Cunard cruise lines, Hilton and AccorHotels, and food-service company Bon Appetit Management. McDonald's also announced a plan to start replacing some of its location's offerings with paper straws earlier this year.

What Else Can I Do?

If this isn't enough for you, you can visit Custom Earth Promos. Here you can purchase reusable bags and reusable water bottles, along with other Earth friendly eco-promotional items.