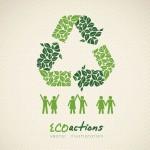 The Problems Faced by the Recycling Workers

According to a waste coordinator from Sierra Club, Ruth Abbe, the recycling jobs in various US states have increased substantially in the past few years, and they are slowly replacing the safer job options provided by the garbage industry. Abbe stated that recycling centers are negligent towards the needs of their employees, and only the recycling truck drivers are satisfied with their jobs. The workers who have to segregate the waste at the recycling facilities go through a tough time. Abbe stated that the workers want to participate in recycling activities. However, they feel that their jobs at the landfills were better than the ones at the recycling centers.

In order to address the problems faced by the recycling workers, environmental organizations, recycling workers from various regions, and some community organizations organized a convention in Oakland. During the convention, the workers announced that they are going to launch a campaign across the US, known as the Campaign for Sustainable Recycling.

Abbe stated that if the state authorities improve the working conditions and wages of the recycling workers, they will be able to achieve their environmental goals easily. In her opinion, the workers want to be a part of eco-friendly initiatives, and they want their respective regions to be zero waste areas. But they need to support their families as well. So the state authorities need to treat them in a better manner, or else the former will have to find alternative ways to address the issue of waste management in their respective regions.