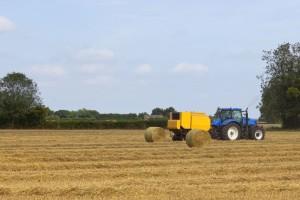 The decision to extend the Farm Bill of 2008 has left organic farmers perplexed since the first of January, 2013. The updated version of the 2012 Farm Bill had included funding for organic programs that were not approved for the 2008 bill. Since there was no time to enact the 2012 bill, the government made a last-minute decision to extend the old bill to the dismay of many farmers nationwide.

The 2012 Farm Bill included funding for research in organic farming and extension. Along with this, funding was also mandated for costs covered for organic certification and the organic data collection system. This type of funding that has helped conventional farmers to meet the demands of the market and develop better marketing strategies has unfortunately not been included in the 2008 Farm Bill extension.

Since the 2012 bill could have helped the growth of organic product industry, this new turn in the decision of the government has been regarded to cause a major impact on farmers. Experts say that it might discourage certified farmers from continuing with organic farming and revert to conventional method. Also, the concerned public is raising questions about food safety especially about products that are healthier while produced through organic methods.

Sale of Organic Farmers at This Time

Initially, the concerns regarding health and environment drove farmers and manufacturers towards organic products. The extension of the 2008 bill had raised more concerns regarding safety of vegetables, fruits, dairy, meat, and poultry. The standards that organic producers meet to qualify their organic certifications are quite high and ensure that their products are not contaminated by chemicals or biological pathogens.

In addition to this, if the bill is discouraging farmers from switching to organic methods, then there is an increasing concern of soil, air, and water pollution due to chemicals used in factories and farming. Although it is not easy for farmers and manufacturers to obtain government funding for their projects, it is possible for them to create a good market for themselves by selling eco friendly promotional items.

Educating people about the benefits of organic products and the need for environment conservation can be used as a marketing strategy. Organic producers can sell reusable bags, recyclable bags, catalogues, etc., and spread awareness about the damage caused by conventional methods of farming and manufacturing. At the same time, they can advertise their products and companies on these items, luring more people towards their stores.

Until the government changes its decision about the Farm Bill, organic producers can hold on to the silver lining of the current state of affairs and increase their sales.