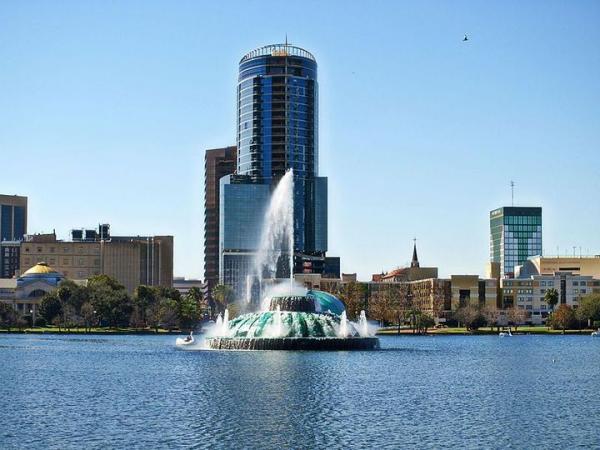 Orlando just became the 40th city in the U.S. to commit to 100 percent renewable energy by 2050 –Florida's largest city to do so. The city's mayor, Buddy Dyer, joined Sierra Club's list of mayors who support a vision of 100 percent clean and renewable energy in their cities, towns, and communities across the nation.

Members of the First 50 Coalition, an alliance led by the League of Women Voters of Orange County that has been pushing for sustainability in Central Florida was elated by the news.

"Today, Orlando takes its place on the regional, state, and national stage as a forward-thinking city committed to a healthier, sustainable future," said League of Women Voters of Orange County co-president Carol Davis. "This is a first, important step, and we plan to continue to support and encourage the City to follow with concrete measures that solidify this commitment."

Plans to have all municipal buildings in Orlando to transition to be fully sustainable units by 2030 were already in place, but this announcement now pushes the entire community to be in the league by 2050.

But this isn't an overnight environmental success story. Dyer has been making a push for renewable energy since starting Green Works Orlando, a sustainable program which began over a decade ago that has resulted in over $1 million in energy savings per year.

The program also led to a $19 million investment in energy efficiency improvements to city buildings, planting more than 10,000 trees, and increasing recycling by a whopping 35 percent. Therefore, it's no surprise to see Orlando making way for green change and a more sustainable future.

Phil Compton, senior organizing representative with the Sierra Club's Ready for 100 Campaign in Florida, and a member of the First 50 Coalition, also applauded Orlando's vote.