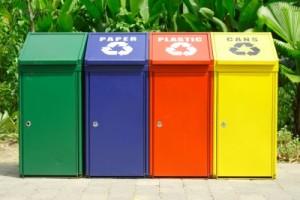 In Orlando, a city-wide program has been chalked out to deliver rolling carts to houses. The carts will replace the recycling bins that are currently being used. Instruction charts attached to the rolling carts will guide residents on the materials that can be placed in the carts for recycling. Also, the charts will have the collection schedule for the recyclable materials.

The program is known as single-stream recycling and it involves a complete change in recycling strategies. City officials believe that the program would drastically reduce the garbage collected in the landfills.

The manager at Waste Management Inc.'s Recycle America, Jimmy Rodriguez, feels that the new recycling program would double up the recyclable material accumulated in the facility. More recyclable material means that more money can be generated by producing eco friendly promotional products.

The previous recycling procedure using the blue and red recyclable bins, ensured that one level of sorting was done at homes itself; but as the bins were small, most of the recyclable material was dumped in the garbage truck.

The rolling carts will be in burgundy or teal colors to distinguish them from the black colored garbage carts. The carts have a capacity of 96 gallons so that a large volume of material can be recycled.

The state's Department of Environmental Protection mentions that recycling program using single carts have become popular in Florida. Local communities such as Lake Mary, Kissimmee, and Apopka practice it already.

The recycle plant established by Orange County required segregation at an initial level; people ensured that glass, metal, paper, and plastic were placed separately. Later in 2005, a contraption that automatically separated the material was incorporated in the plant. This is because

The risk of contamination was high when different kinds of recyclable material mingled together. If plastic bags make their way into the refuse, they jam the machinery and cause a shutdown.

When the equipment is in order, a tractor scoops the recycled material. The material is then loaded onto a conveyer and emptied into machines where cardboard, paper, cans, gravel, and bottles are sorted by a spinning disk. Aluminum material is drawn away by electric current and plastic is sent to a different channel.