People Recycling but Businesses Not Doing the Same

People Recycling but Businesses Not Doing the Same 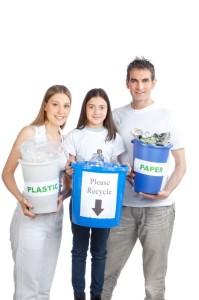 According to Jason Yorks, Recovery Manager, who reported the recycling data to the commissioners, the 2012 calendar year witnessed comparatively fewer tons of recycled waste from businesses. According to Yorks, 2418 tons was the difference in recycling by the businesses in 2012 compared to 2011. The total recycling by businesses was 10,720 tons in 2012, while the same was 13,055 in 2011.

The residential sector, on the other hand, had a better recycling track record with 83 tons more recycling in the current year in comparison to the last. In other words, there are more people recycling from last year to this year.

Landfill officials from each county send to businesses forms, requiring them to report the recycling tonnage made by them. Not all businesses, however, respond which means some businesses go unaccounted because officials track them for lack of resources.

While the enforcement is complex, county officials strive to track down as many businesses as possible, according to Yorks.

Recycling is a critical activity that must be undertaken by everyone including businesses, families, households, and individuals. Eco-friendly promotional items go a long way in the creation of awareness. Eco-friendly items are either reusable items or items that do not pollute the environment.

While the waste damaging to the environment is created by most of us, businesses are more responsible for creating land, water, air and other forms of environmental pollution. So, a sound ethical business policy requires them not just to minimize pollutants, but to go a step beyond by undertaking recycling activities.