Time to Use Green Shopping Bags in Pittsburg

Time to Use Green Shopping Bags in Pittsburg 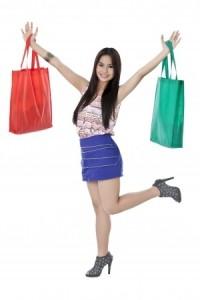 Pittsburg's long wait of going plastic free will finally be coming true. The City Council recently had a meeting where it approved the proposal which talks about ban on one-time use plastic bags in the city. Taking into consideration the objections on plastic bags by Pittsburg Chamber of Commerce, the council voted 5-0 giving a green signal to the ordinance. Initially a tentative approval was given to the ban in September.

Clearing the Road Ahead with Green Shopping Bags

Though the ordinance has been approved for now, the members of the council will review it for a year and decide whether any modifications need to be done. The ban will come into effect from early January next year. This will make it necessary for the retailers operating in the city to stop using plastic bags. Instead of plastic bags they can provide paper bags to their consumers who ask for extra bags. But these bags will be chargeable. An amount of 10 cents will be charged through the first year of the ban. This amount will be increased to 15 and 25 for second year and third year respectively. This fee will be charged to promote the habit of carrying green shopping bags among consumers while shopping.

But there are a few exceptions under the ban. Consumes who make use of food stamps or vouchers from stores like Infant and Children, Women and so on will not have to pay for extra paper bags. Apart from that the ban will also not be applicable on restaurants, dry cleaning stores, and charitable organizations like thrift shops. It will also exempt protective bags that are used for handing out meat, fresh produce, prescription medicine and prepared foods.

Putting Green Shopping Bags to Use

This move by the City Council will ensure that people make it a habit to use their own cloth bags, canvas bags, totes or green shopping bags rather than taking plastic bags from stores. It may get a little difficult for people to get used to carrying their own bag initially but after a while people will get used to it. This small habit will come a long way in keeping the landfills free from plastic and even reducing the litter created by plastic bags.

As plastic bags are not biodegradable, they pose major threats to the environment. Apart from littering the city streets and other public areas, they also harm the animals which mistakenly eat them.