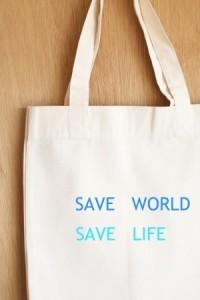 Plastic bag ban has been overwhelmingly forthcoming from county to county. The latest ban comes in Santa Barbara, whose council voted 6-0 favoring an ordinance that puts an end to the plastic bags within the city jurisdiction. In addition, a 10¢ fee is also imposed on shoppers for every paper bag they are given.

The new ordinance that imposes the ban is slated to get into effect in two stages, while the ordinance itself is designed to promote reusable shopping bags. The ban against the use of plastic bags anywhere, leave alone Santa Barbara, is the most sensible thing to have against reckless environmental damage. However, the ban faced major resistance before being approved.

Save the Plastic Bag lobby vehemently opposed the measure before it was passed. Stephen Joseph, the coalition spokesman holds that the ordinance is unnecessary on the ground that there is a lack of evidence to claim that plastic bag is a threat to environment within Santa Barbara or its water front. According to him, plastic bags will not kill marine life. Citing recent studies, he claimed that these studies found sea-born plastic bags were responsible for the death of only one bird and seen fish which is nothing in comparison to the carnage evidenced in any supermarket's seafood section.

Stephen Joseph is critical of the environmental report that he finds terrible. The report documents the impact of the ban. However, according to Stephen Joseph, the hike in paper bag consumption is grossly understated and the report itself, in his opinion is spun.

Whatever the critics may say, wholesale reusable bags are any day better than plastic bags. Wholesale reusable bags, as plain common sense suggests, contrary to claims made by critics, will not lead to spike in paper bag consumption, because the bags to be used from now on are reusable. If they were to be used once, it is understandable that their use will lead to increased production of such bags. In addition, these bags are environment friendly and will be cheaper because a single bag will last over a long time. In contrast, the plastic bags will pollute earth and water, and if they are burnt they will pollute the air also.