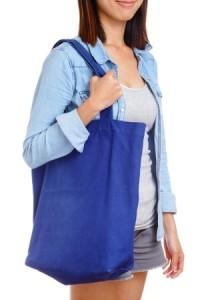 While most towns and cities in the nation are going eco-friendly by banning plastic bags, here is one city that is still not ready to make the shift. Though Milpitas has come out with its proposal to eliminate the clutter created by plastic bags, the city council does not seem too keen to implement it for now.

The City Council recently rejected this bag ban proposal with a vote of 3-2. The ordinance talked about implementing a citywide ban on one-time use plastic bags in retail stores, excluding food establishments. The main reason for the rejection is said to have been the inconvenience and the expense that it would cause the local businesses to stick to the ban.

Before the vote was passed, both the supporters and opponents of the ordinance were given the opportunity to put forward their stand. Supporters included Californians Against Waste, the Sierra Club and even school children. The opponents, mostly including the local businesses, felt that the ban would unnecessarily impact the retailers negatively while also penalizing the residents unfairly.

In case the proposal would have been accepted, in addition to one-time use plastic bags, even paper bags with post-consumer recycled material of less than 40 percent would have been banned. Instead, paper bag with post-consumer recycled material of minimum 40 percent would have been made available. Consumers would have to pay 10 cents in the first year of the implementation of the ban and 25 cents after the second year for these bags. However there would be an exemption on restaurants as well as the bags used for handing out produce, meat and pharmacy items.

While the supporters were unhappy with the city being one of the few with no such ban, the opponents believed that charging people for not carrying reusable bags would not help in long run. According to them such a proposal won't help much as people would start shopping from neighboring areas which do not have any ban on plastic bags.

Why Milpitas Should Opt for Plastic Bag Ban?

The nuisance created by plastic bags is seen in most cities that do not have any plastic bag ban. These plastic bags are not only harmful for the environment as they are non-biodegradable, but also pose a major threat to the life of birds and animals. Wholesale reusable bags, on the other hand work much better than plastic bags. Plus they can always be recycled.