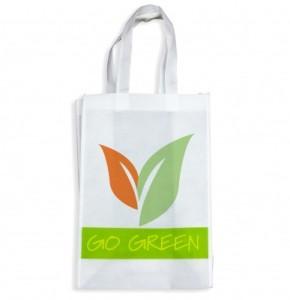 While bans on plastic bans are becoming an increasingly popular method of dealing with the environmental side of the problem, some states and cities choose to levy a certain fee on single use plastic bags to deter people from using them. However, some studies from various parts of the world show that while there is a steep decline in the usage of plastic bags initially, consumption goes back up to regular levels as people get used to the cost.

Will You Pay the Plastic Bag Tax or Choose to Bring Your Own?

New York and Denver were both contemplating the levying of an extra tax on the usage of single use plastic bags. For instance, Denver will vote on a proposal to charge ¢5 per bag, while New York is considering a charge of ¢10 per bag - the highest tax in the nation. This has influenced smaller cities to follow suit as Washington, Seattle, and 30 communities around California all plan to implement the same kind of tax too.

As mentioned earlier though, studies have shown that a plastic bag tax does have mixed results as some cities see a return to regular usage after a bedding period as the population starts to get used to the financial implications of plastic bag usage.

Denver expects to collect as much as $1.7 million as bag tax in the first year since the implementation of the same - with New Yorks bag tax income getting split between various parties of industry and government that support the bill in order to promote better environmental thinking. Non woven tote bags manufacturers will also see a huge increase in revenue as people start to become more eco-friendly in their choice of bags.

Non-woven tote bags have a number of advantages over the currently popular plastic bags. For instance, while the most obvious advantage is the fact that they are more biodegradable, they also offer a better marketing platform as they build a brands status in people's minds as they promote better living. They are also very durable and can be used over and over again - for a long period of time.