Plastic Bags Banned in Many Cities in the U.S.

Plastic Bags Banned in Many Cities in the U.S. 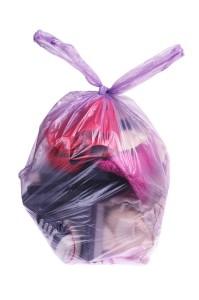 Looking at the issue of plastic waste disposal within the country, the lawmakers in the various cities of the U.S. are planning to take measures to make plastic bags unappealing to the residents. A normal single-use plastic bag takes a couple of years to become biodegradable, and each year millions of plastic bags are added in the waste landfills across the country. At present, most of the landfills in the U.S. are reaching their saturation point, and so the lawmakers have decided to take up the initiative to discourage the usage of single-use plastic bags in the U.S.

The lawmakers in various cities of the U.S. such as San Francisco and San Diego have issued bills towards the plastic bag banned in their cities. According to these bills, customers who opt for single-use plastic bags over promotional reusable bags will be charged additional five cents on their bill. Experts say that many shoppers will be perturbed by the fact that they need to pay additional money for their carry bags and would switch over to using reusable bags. A resident of Bloomfield region in New Jersey, Glenn Canlas, stated that people are aware of the fact that plastic bags are harmful to the environment. So if the bill in New Jersey gets approved, many people would like to opt for reusable bags over plastic ones.

All retail stores will have to follow the law on plastic bags ban in their respective cities. If selected shops or retail stores abide by this law, the customers will start buying their products at outlets that don't follow the ban. So, the lawmakers are going to be very strict about the implementation of the ban, once the bills are passed in different cities.

In the year 2009, a similar law was enforced in Washington D.C. After the law was implemented in Washington D.C., around 4,500 liquor and food stores charged their customers an additional five cents on their purchase when they requested for a plastic bag. This law helped the city council generate approximately $2 million dollars within the first year, and the council used this money for a river cleanup campaign. So, looking at the success of this law in Washington, other cities in the U.S. also decided to implement similar laws.