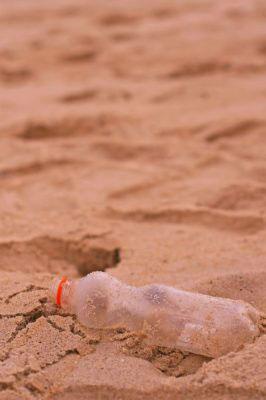 It is found that the waters surrounding USA have lots of plastic bags, bottles, Styrofoam packaging and pails. The flowing currents and shores are filled with decomposing debris and plastic pollutants that tend to get entangled in the roots and beach areas along the Great Pacific Garbage Patch.

Since the plastic has caused alarming levels of pollution and wildlife deaths, the marine sanctuary is slowly being destroyed and giving rise to more and more decaying carcasses. Many of the US states have started banning plastic bags and the citizens are saying no to plastic usage. Instead, they are using wholesale reusable bags and reusable totes as alternative options for shopping and other domestic storage purposes.  Eco friendly reusable bottles also help lower the amount of plastic bottles littered in public places.

In the mid-1800s plastic started being experimented with and soon came to be used frequently only in the 20th century. It is a man-made bane, which is made up very long repeated links of carbon along with sulphur, oxygen and nitrogen. It was and somehow still is considered to be a miracle material that can take multiple shapes and is considered to last forever.

First step to reduce the increasing amounts of plastic wastes is by reducing its usage. The step is already in motion as more and more number of people are saying no to plastics as the days pass. Reusable containers, paper totes and cloth bags are the popular alternatives that are being chosen.

Despite all these measure, plastics are still ending up in the oceans and landfills. Plastics are even being incinerated while being disposed, which leads to harmful toxins being released into the atmosphere.

Cleaning up the Garbage Patch Without Plastic Bags

Whilst the Great Pacific Garbage Patch continues to accumulate more plastic, people are starting to take the initiative to help clean it up, in 2009, a bunch of waste managers and scientists visited the vast Patch to see what techniques they could develop to help clean it.

It was found that the large pieces of plastic wastes can be easily collected from the patch and recycled to an extent. Smaller pieces of plastic however, proved more difficult to be collected. Collecting all this garbage is a good move but the next question is how to dispose it all off?

Apart from landfills, pyrolysis is the other suggested option. Even though it is quite an expensive procedure it can help turn the waste into fuel. It is left to the authorities to decide what other methods can be used to clean up the waste as people have started realizing the perils of plastic.