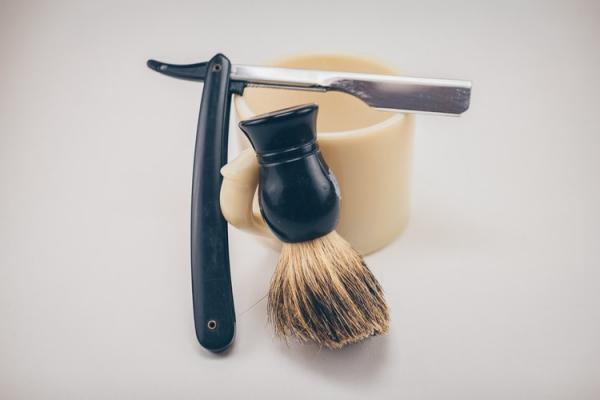 Two mechanical engineers have created an eco-friendly razor. It's plastic-free and incorporates the simplicity of an old-fashioned safety razor with the technology and comfort of a modern cartridge razor.

The product is called Leaf Shave, an all-metal razor with a pivoting head that can be customized with up to three blades. It was invented by Adam Simone, of Mystic, Connecticut, and Adam Hahn, of Pittsburgh, Pennsylvania, and launched through a $100,000 Kickstarter campaign back in July 2016.

"It's customizable so if you have sensitive skin, you might only put two blades in and if you have tough hair, you might put in all three. When you close it up, suddenly it's a multi-blade pivoting head. Take care of it and it will last forever. It's a really simple mechanism."

"The clubs were using the same kind of razors that Gillette was using—a plastic disposable razor—and we thought if we could invent a new kind of razor we could make something really interesting for the industry so that's what we set out to do. Also, the EPA estimates 2 billion disposable razors are thrown out annually in the U.S. alone and there is really no need for that."

Simone mentioned that while all-metal, double-bladed safety razors had their advantages, they were difficult to use.

"Those were quality tools and they've been around for many years and they cost pennies, which is awesome, but safety razors are kind of challenging to use. It's easy to cut yourself, there's a learning curve, and some people don't want to take that time, which is why we have these pivoting heads and modern cartridge razors."

Simone and Hahn met while working at Blue Belt Technologies. Blue Belt is a medical device startup in Pittsburgh that builds medical robots for orthopedic surgery. Hahn was in charge of the mechanical engineering group, and Simone ran the marketing group. However, Blue Belt was acquired by another company in 2016. This gave Simone and Hahn the capital they needed to split off and build their own business.

"Adam specialized in developing small, mechanical instrumentation and that lends itself really nicely because these are small and precision. He and I have compatible skill sets. He handles engineering, design, and manufacturing; and I handle sales, marketing, and customer services and operations here."

Also working in their Stonington, Connecticut, warehouse is Adam Simone's wife, April Collier. She is the company's fulfillment manager.
Collier grew up in Pawcatuck and North Stonington, while Simone grew up in Canterbury and Norwich; all in Connecticut. Even though Hahn is from Pittsburgh, and continues to live and work in Pennsylvania, Simone and Collier wanted to be closer to their families.

"Family brought us back mostly and it's also a fairly economical way to build this part of our business operationally because space is relatively affordable compared to a big city like Pittsburgh."

Simone mentioned that the company is 100 percent self-funded.

"We have no debt, no venture investment. We're just growing off the strength of the business."

He also mentioned that the company's patent has been pending for two-and-a-half years.

The job involves a lot of travel. The razor's bodies are made in Taiwan; the stainless steel blades are made in Israel.
The design was influenced by the 1,500 people who participated in the Kickstarter campaign.

"They helped us through the manufacturing with testing prototypes and giving us feedback and they've been our evangelists as we've grown. Since then, we've sold out of 10,000 razors and done two production runs. We're in our third one already."

"Razors is one of the biggest consumables in the bathroom and we've really been able to provide a solution. Previously there was only the safety razor and this is a very easy transition for people to make."

The used blades are collected in a small metal container and can either be recycled locally or sent back to Leaf Shave.
The 100 percent plastic-free packaging is made from paper board, craft paper, and paper tape.

Hahn and Simone chose the name "Leaf Shave" because it not only spoke to an eco-friendly solution to shaving but is also gender neutral. The company markets to a wide demographic and marketing is done primarily through word-of-mouth.
Make sure your marketing is eco-friendly by purchasing your promotional items from Custom Earth Promos.

"Honestly, almost everyone shaves at some point so there's no specific target audience we need to speak to."

The company has customers in 70 countries and a few wholesale accounts. These include Package Free Shop. Located in Brooklyn, New York, Package Free Shop is one of the premiere destinations for people looking to reduce their plastic and/or go zero-waste, says Simone.

"We'll rest when we've exchanged every plastic disposable razor with a Leaf razor."

For more information on the company, visit www.leafshave.com.