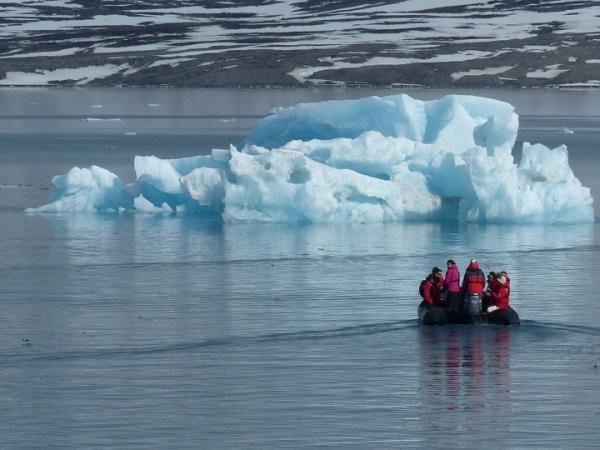 As if 2016 hasn't been rough enough for the planet, climate scientists recently found polar sea ice off Antarctica and in the Arctic is at a record low for this time of year. Those looking to combat climate change won't be happy to hear that chunks of ice twice the size of Alaska – or the size of India – have melted due to record heat, winds from the south, and a warm ocean.

Those looking to combat climate change won't be happy to hear that chunks of ice twice the size of Alaska – or the size of India – have melted due to record heat, winds from the south, and a warm ocean.

Normally, during this time of year, air temperatures near the surface of the Arctic Ocean are well below freezing, but this year is witnessing “exceptional warmth,” according to the U.S. National Snow and Ice Data Center (NSIDC) in Colorado.

The ice extent on Dec. 4 was estimated to be around 3.84 million sq km (1.48 million square miles) below the average amount between 1981 and 2010, according to NSIDC satellite measurements. The Arctic shrunk about 2.3 million square kilometers during that time, and it's on track to diminish 5 percent per decade – but the center predicts it could gain 0.4 percent of its mass back per decade if parts of the continent refreeze as per usual.

Speaking to Reuters, Mark Serreze, Director of the NSIDC said, “There are some crazy things going on.” He went on to say that temperatures in parts of the Arctic were 20 degrees Celsius (36°F) above normal some days in November. Worldwide, this year is set to be the warmest on record.

Who Will be Affected?

Rising sea levels from the melted polar sea ice, pose the biggest threat to land dwellers, particularly those in regions along the U.S. coasts. By 2100, as many as 13 million people are estimated to live in these vulnerable regions where sea levels are expected to rise by 5.9 feet (1.8m), according to the journal Nature Climate Change.

Cities such as Miami, Florida, and Annapolis, Maryland, are already experiencing sea flooding with high tides and are having to prepare for the future by investing in sea walls and advanced drainage systems. It didn't take long for James Cason, the mayor of Miami, to be faced with the reality of climate change. Speaking to NPR, Cason said, “You know, I'd read some articles here and there, "but I didn't realize how impactful it would be on the city that I'm now the leader of."

A new study suggests that some remote Alaskan villages are also in trouble. Residents in Alaska are facing rising sea levels and are currently being relocated at the cost of approximately $1 million per resident.