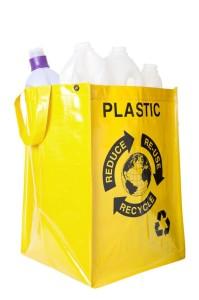 On November 1st the ban on single-use plastic bags went into effect in Port Townsend. According to the ban all the stores and their customers will have to change the shopping habits and witch to using wholesale reusable bags.

Retail stores will have to stop using flimsy plastics and instead supply the customers with paper and reusable totes. Each paper bags will be charged about five cents, which will then be used to pay for the entire cost of the program.

Most shoppers seem to have understood the seriousness of the situation and have already switch to reusable totes in order to avoid the fine that they will have to pay if they use single-use plastic bags. Town council members are in favor of the ban and are hoping that they will face no problems while implementing it.

Supports have said that plastic is quite harmful to the planet and they hope that the ban will motivate and encourage others to invest in quality reusable bags instead of continuing to rely on the retail store to provide them with paper totes. Even though most shoppers are in favor of the ban, there are few residents who feel that the ban will not make much of a difference. The people not in favor of the ban feel that it is much of an inconvenience while shopping.

The ban was approved by the Town Council members on the 2nd of July, which made the city the 7th Washington city in order to pass a similar bag ordinance. Bainbridge Island, Edmonds, Mukilteo, Bellingham, Issaquah and Seattle are the other cities in Washington that passed the ban. The ban on single-use plastic bags also went into effect on the same day in the City of Bainbridge Island.

The banned bags fall within the specific limitations: plastic bags that are thinner than 2.25 mils aren't supposed to be used. One mil is equivalent to 1/1000th of an inch. Stores can instead provide the customers with standard sized paper bags for shopping purposes. The rule has been implemented in order to encourage the residents to utilize reusable bags to keep the environment clean and reduce the increasing rates of plastic pollution.