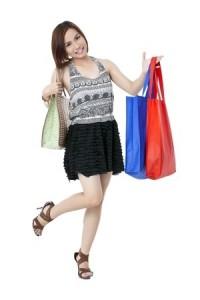 Portland became Maine's first city to impose surcharge on use-and-throw bags. It has also got itself into history books by being in the forefront to regulate not only bags, but also food containers and polystyrene cups. The polystyrene cups were popular for drinking coffee in quick service restaurants. It is a great time to bring in eco-friendly promotional items to protect the environment.

What Prompted the Move to Ban Styrofoam and Plastic Bags

This proposal of making the city a more green place to live in has been in planning for a number of years. It was crafted and then re-drafted a number of times. The city council that passed the ordnance was not an unanimous one. Members of the council went to voting 6-3 and passed the final draft. A number of councilors were not happy with the final decision. However, this new rule will keep out of its purview restaurants, dry cleaners or department stores.

A few councilors said that the new rules should be followed by all shopping establishments and not restricted to a few. A number of them also expressed their dissatisfaction with the surcharge imposition on bags made of paper. They argued that these bags were made of paper and thus are bio-degradable and can be recycled. However, many councilors welcomed the decision, saying that these new rules have the power to change the behavior of the people. It means that they will be using reusable bags, which will consequently result in less trash for the city to clean and dispose of. It also means that eco-friendly promotional items will also be given a push.

The Maine Grocer's and Food Producers Association was very active in opposing the above proposal. When the vote was over, the representatives of the association voiced their disapproval of the city when it enacted the bans of styrofoam and plastic bags along with the fee without primarily focusing on impact efforts at recycling. Public hearing in this case continued into night. The council chambers were also packed. There were a number of speakers in the council.

Eco-Friendly Promotional Items Instead of Styrofoam and Plastic Bags

Environmentally conscious people welcomed the decision of the council. This is an excellent way to teach people the importance of using eco-friendly items like grocery bags which are sewn from reusable material. The quantity of plastic bags choking up storm drains, or floating in the sea at Casco Bay will also be reduced. However, business owners were of the opinion that people will do their shopping near their homes and not venture into the center of the city.