Storeowners in Portland to Use Reusable Custom Shopping Bags

Storeowners in Portland to Use Reusable Custom Shopping Bags 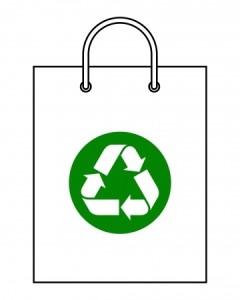 Portland was already following a sustainable practice by implementing a ban on plastic bags in all the grocery stores in the city. But recently, it decided to take one more step towards keeping itself green and eco-friendly. Portland decided to this by expanding its existing plastic bag ban on small businesses and food vendors. So herein, it is not just grocery stores but also small businesses and food vendors in the city who will not be allowed to give away plastic bags.

Portland's Way of Dealing with Plastic Bags by Banning Them

None of the vendors and store owners, be it big or small, will be allowed to provide petroleum-based disposable plastic bags to their customers. Instead of that, they will have to replace non-biodegradable plastic bags with reusable custom shopping bags or paper bags. This order came in after the vote of the members of the Portland City Council. Portland has been following the plastic bag ban since 2012 when the Council announced that the use of one-time use plastic bags is creating problems for public health as well as welfare.

Initially, the ban was applicable in only those retail establishments that were bigger than 10,000 feet. But now it has been applied to even the smallest of the retailers including the food carts. All the hardware stores, convenience stores, and drug stores are now mandated to follow the new rule.

But the Council has been lenient enough to rule out a few exceptions. Pharmacists will still be allowed to hand out prescription medicines with these bags. Apart from that, bags without handles that are used to protect meat and produce will also be allowed to be used. Businesses that have leftover plastic bags are also being allowed to apply for a waiver. This waiver will allow them to draw down their existing inventory.

Marketing coordinator for People's Coop, Bliss Newton, said that paper bags may get a little inconvenient to use but reusable custom shopping bags are a much better choice as they are quite sturdy and waterproof. Krit Unhawat, owner of Bai Mint also said that though he has been using plastic bags in his store, he has no problem switching to reusable and paper bags as they are much more eco-friendly. He further said that it is the need of the hour to do our bit in saving the environment and this is the least we can do.