Printed Custom Promotional Bags Are Now a Way of Life

Printed Custom Promotional Bags Are Now a Way of Life 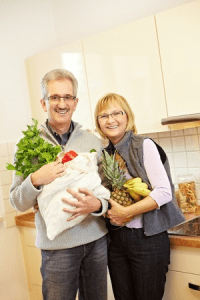 Outer Banks was one of the first places to ban single use plastic bags in the US. After five years of the ban, streets are now much cleaner, less number of plastic bags are seen on the beach and the ban is well appreciated by environmental activists and common citizen alike. Bodie and Hatteras islands, Ocracoke, and Corolla and Carova in Currituck County are the regions the ban extends to, and the retail stores there are required to use recyclable brown paper bags instead of plastic bags. Also customers are credited with five cents every time they walk in with a reusable bag.

Give the Bag Ban Some Time and Opt for Promotional Bags

The ban on plastic bags did face opposition in the first stages of implementation. The American Chemistry Council and N.C. Retail Merchants Association were opposing the ban at first, and the Republic majority holding in the General Assembly would have revoked it. But as environmental benefits became clearer, the opposition also faded away. Businesses thought the ban would lead to increased costs and lower sales, but some got printed custom promotional bags as a marketing campaign. It has been five years since the ban and Outer Banks community is already seeing a notable difference in the environment.

The ban was promoted as a way to keep the streets, the drainage and the nearby beaches cleaner and free of the garbage and did just that. Carbon-based polyethylene bags were harming the marine wildlife because of turtles and other animals seeing them as food and eating the bags. The bags were known cause digestive problems and blockages in the wildlife, and hence the ban does address this problem of a degrading ecosystem. Plastic bags are not biodegradable, and the ban on them with the promotion of usage of paper bags helped to improve community health.

Residents and businesses in the area were surveyed regarding the ban. On being questioned if the ban had made a difference, they responded with very positive answers. Retailers gave the ban their own touch by giving customers printed custom promotional bags, which are reusable and also have their logo on it, which helps in advertisement. Customers too love to use the reusable bags, because they understand the problems plastic bags cause, and are perceptive of the benefits of the ban on them.