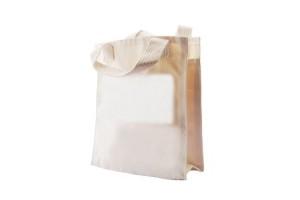 The suggested and mostly anticipated ban on lightweight, single-use plastic bags in Provincetown, Massachusetts would have made it the first town in Cape Cod to establish such a warrant. However, in an unexpected result, the Provincetown town meeting ended with the voters opting for a postponement of the ban rather than its implementation.

Provincetown Has Unclear Language in the Warrant

At the Provincetown town meeting where the voting on the ban was to occur, the main reason for the warrant's postponement seemed to be the language of the article that detailed the ban.

Replacing plastic bags with paper bags in general, and to have people carry reusable bags of their own, seemed to be the alternative solution proposed by the ban.

However, Pat Patrick, the owner of Marine Specialties, pointed out that such vague outlines would cause more harm than good. Using paper bags in the generally unpredictable rainy weather of the area seemed impractical. Apart from creating inconvenience to the people of Provincetown in general, he vocalized that it was especially unfair to businesses.

Laura Ludwig, a member of the town's recycling and renewable energy committee, stated that people and businesses would have had a chance to get used to the changes as the ban, on its passing, would have only come into effect the following year (2015). She further stated that it was only the lightweight plastic bags – which easily caught the wind, clogged trees, and were often mistaken by sea creatures as food due to their flimsy appearance – that were subject to the ban. Sturdier plastic bags would actually be exempt from the ban.

A supply of wholesale reusable bags, is the need of the hour. Paper bags are a common replacement in such cases. However, in areas and circumstances where they are not practical, cloth bags or even sturdy bags made of other reusable, biodegradable fibers can be an effective replacement to plastic bags.