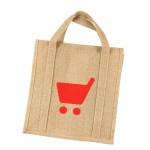 To increase the recycling rates in Carlsbad, an organization named Rainbow Recycling has been conducting eco-friendly operations in the city for over 22 years now. The present head of the organization, Mary Garwood, stated that the city has made a lot of progress in the past few years, and she is hoping that in the near future the city will have high recycling rates.

Currently, this organization recycles close to 600 tons of waste everyday. According to Sylvia Schneider, the Coordinator for the Solid Waste Management system in the city, the entire city has close to 157 blue recycling bins, and 700 curbside waste bins that need to be emptied at least once a week. But there is just one recycling truck that does multiple rounds during the day to empty these bins.

Once the trucks collect the waste, they drop it off at the Rainbow Recycling facility. The waste is disposed on the floor of the recycling center where five employees sort the waste using their hands, and then clean the space once the waste is segregated. According to Garwood, the employees at the recycling facility have been receiving more waste materials from the past two months, which suggests that the residents in the city are recycling more.

Additionally, only 10 percent of the waste that is collected at the center is found to be non-recyclable in nature. This indicates that the residents are aware of the materials that can be recycled. Nonetheless, Garwood wants to educate the residents on various waste segregation methods, as she doesn't want the residents to dispose medical waste and diapers at their recycling units.

Apart from educating the residents on waste segregation, the officials from Rainbow Recycling are also encouraging residents in Carlsbad city to use eco-friendly grocery bags. According to the officials, plastic waste is one component that can't be recycled easily, and so they want to make attempts to reduce the number of plastic bags being circulated within the city.