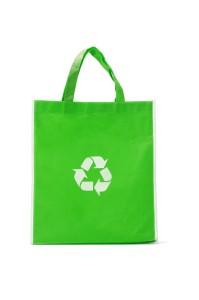 Reasor's, which is known to operate over sixteen supermarkets in the United States of America, has collected over $22,052 in order to help fund the Community Food Bank in Eastern Oklahoma. The popular and leading supermarket operator accomplished this feat through its year-long custom shopping bag savings program, which was started just a year ago.

The entire program organized by Reasor's is called Recycle Hope, and was created in order to give all its customers the provision of donating the savings they made by using their wholesale reusable bags. According to the program, each customer could donate about 6 cent per reusable tote used, in order to fund the Food Band of eastern Oklahoma. Since increasing numbers of people are becoming eco-minded and are using more number of eco-friendly promotional items, such as the reusable totes, reusable containers and recycled paper.

The chief operation officer and vice president of Reasor's, Steve Lehto said that the company was really happy about the total amount collected. He said that the company's customers had really stepped up in a huge way in order to support this program. Steve Lehto is also a CFBEO board member, and said in a statement that Reasor's likes to involve itself in opportunities such as this, in order to benefit others in the community and also the environment.

The Recycle Hope program is a great and original initiative, through which Reasor's hopes to feed the underprivileged kids in the community. All the proceeds of the recycle Hope program will benefit the Food Bank's Food for Kids Backpack Program. It mainly targets the children who are of elementary school age, and will provide them with weekly sacks of food. As of now, Eastern Oklahoma's Community Food Bank provides food to over four thousand elementary school kids in 8 school districts across the city of Tulsa.

Twenty two thousand dollars is quite a lot of money and since it is being donated to the Food Bank of Eastern Oklahoma, it is quite a noble gesture by Reasor's. The executive director of the Food Bank, Eileen Bradshaw said that with all the money collected, lot of children can be fed. Eileen also continued to say that the Recycle Hope program has made a huge impact on the lives of many hungry children, and all it cost was a small initiative by each consumer.