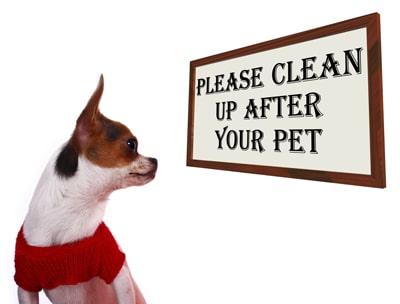 Implementation of the Program of Recycled Pet Tote

The Town Council is planning to purchase wastebaskets and install them all around the town. These baskets will be lined with plastic bags that will make it convenient for pet owners to cleanup after their pets. Mayor of the town, Michael Callahan said that the fiscal budget of 2014 has allocated 8000 dollars for park supplies. The town is likely to use a part of this fund for purchasing wastebaskets.

He said that initially they might start by installing two baskets in the town. If the residents make good use of it, the number may be increased. An online search revealed that a single waste station will cost the town around 200 dollars. The waste station will comprise of bags, a wastebasket, and a pole to fix the basket.

David Warrington, the Town Administrator suggested stricter ways of dealing with the problem. He said that people will be fined up to 25 dollars if they leave their pet waste unpicked. He also added that a similar ban was imposed way back in the 90s.

Callahan shared a different view on this matter. He said that fining people is not the solution to this problem. He is of the opinion that better citizenship needs to be promoted rather than penalizing people.

Sheila Salo, a resident of the town, said that access to wastebaskets will encourage pet owners to clean up their pet's waste. She said that she usually comes across dog waste on the street or sidewalks, when she is out for a walk. She also added that this problem gets much more annoying in the winters when it gets dark much earlier.

Councilwoman of ‘Ward 2', Mary Jane Coolen also complained that the sight of pet waste on the streets and sidewalks is frustrating. Agreeing with the opinion of the Mayor, she said that easy access to trash cans and supplying recycled pet tote is a better option than imposing fines. She believes that people will prefer spending some money on wastebaskets and pet totes rather than paying the fine.