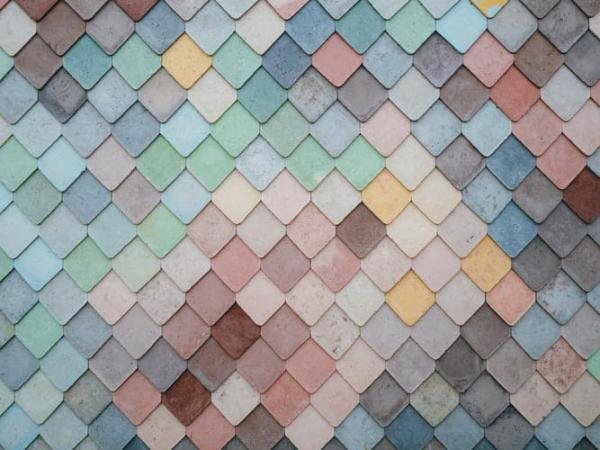 The dog park of the Greater Hyderabad Municipal Corporation, the local government for the city of Hyderabad, the capital of the Indian state Telangana, is a pop of color for the surrounding area. Not only is the greenery a big contributor but also the brightly colored tiles on the pavement.

If you read the information board outside of the park, you'll find out that the tiles are more than just a colorful addition to the park. They are made out of plastic waste.

They are manufactured by Shayna EcoUnified, India's first company to produce HDCP tiles from plastic waste. Based in the state of Uttar Pradesh, the company was founded in 2018 after Paras Saluja took a trip to Vietnam. Speaking to The Better India, he said,

"In fact, it was way back in 2015 when I did the Everest Base Camp (EBC) trek that the passion to do something useful for the country ignited in me."

He told the news outlet that the EBC is one of the most beautiful places in the world and attracts a lot of trekkers each year, however, the amount of waste left behind by enthusiastic travellers is shameful.
Leave behind less waste by choosing reusable items from Custom Earth Promos.

"At that point, I didn't know what to do. But my trip to Vietnam in 2017 cleared it. I wanted to change my career from pharmaceuticals to recycling plastic sustainably."

When he got back, Saluja did extensive research on waste, and how to manage and recycle plastic. While the solutions were inspiring, but one idea struck him like a tonne of bricks—plastic waste, everything from single-use shopping bags to old chairs, could be made into tiles, and the manufacturing process would emit less pollution!

Saluja met with both government officials and scientists at the National Physical Laboratory (NPL). Fortunately, the NPL was working on technology to compress plastic waste into tiles. Saluja jumped at the opportunity to scale up their business.

"Working with the NPL, we secured a deal for a plant in North India."

He stated that they are working with government-approved technology that upcycles plastic while also preventing poisonous gasses from being released.
Upcycle your plastic by using reusable bags made from recycled materials.

Saluja mentioned that people he approached were skeptical of recycled materials. When it came to long-term projects, like building houses, people prefered using materials such as marble and ceramic for floor and wall tiles. Saluja gets around this by targeting governmental organizations and corporations; to help make their premises colorful and eco-friendly.

Saluja was joined by Sandeep Nagpal, the co-founder & co-director. He and the rest of the team at Shayna EcoUnified manage plastic waste sustainably and economically. Nagpal has 25 years of experience in the field of sales and distribution.

Saluja told the news outlet that his company has partnered with local scrap vendors, NGOs, and even schools, to collect their plastic waste.

Next, the waste goes into the shredder.

Once shredded, the plastic is sent for washing, drying, mixing with antimicrobial granules, extruding, and molding. Depending upon the tile size, it may only take 1 kg (about 2 lbs) to make four tiles, or as much as 2 kg (about 4 lbs) to make one tile. Currently, the company manufactures six different types of tiles and can produce about 300,000 units per month.

"Each process, right from procuring the materials, costs us money and so, we can't really say that our tiles are cheaper than the cement ones. But then, this view is quite myopic and if you widened your vision, you would realize that cement tiles on pavements are replaced every three years or so. But we guarantee 15 years on paths with vehicular movement and 50 years on walkways. So even if you spend about 30-40 percent more when you first buy Shayna tiles, in the long run, they will serve you better."

Since their founding in 2018, the manufacturing plant has already turned 275 metric tons of waste into 600,000 tiles! These tiles, in use at the Greater Hyderabad Municipal Corporation dog park in Hyderabad, are light, compact, and feature a handy interlocking feature.

Speaking to CNBC TV, the CNBC news outlet for India, Saluja told them,

The manufacturer started their project with pavement tiles, but they now include designer tiles. These could be used to build walls and give a home a distinguished look. Saluja stresses that people shouldn't be skeptical about waste-made tiles. Rather, you should be proud that you are riding the environment of plastic waste.

When asked about challenges, cost was outed as a big issue.
Rid the environment of waste and save money by purchasing a reusable water bottle.

"We throw away plastic, and so, the general idea is that we can easily get it as raw material too. But this is far from the truth. We spend quite a lot of money to procure the materials, and this is just the first of the 11-odd steps. Moreover, since we are still a small enterprise that manufactures according to demand, it costs us money. People appreciate the idea but are yet to accept it for themselves. I would say that we have just entered the front yard of people in a way, and now, we wish to knock on their doors."