Recycling in Phoenix Encouraged; Plastic Continuing to Gum the Drains and Bins

Recycling in Phoenix Encouraged; Plastic Continuing to Gum the Drains and Bins 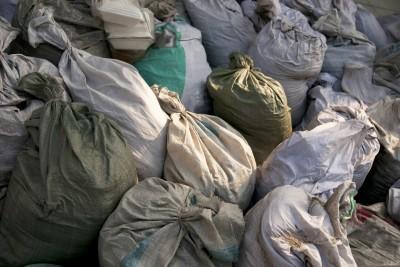 Since quite a few years, Phoenix, Arizona has been trying to make the country a greener region by asking its residents to stop throwing the plastic shopping bags in the garbage bins and drains. Despite all the city officials' efforts, citizens are still continuing to throw single-use plastics into bins, costing the city almost $1 million each year. The city in turn goes and dumps them into landfill, doing more harm to the environment.

A survey commissioned by the city was conducted in February, wherein almost 1201 residents ofPhoenixwere interviewed to find out how many still threw bags into the bins. Most people were just confused as to where to throw the bags and what other alternatives need to be used. Once the survey results were out, the city environmental board is doing its best to educate the residents to become more eco-minded.

The recycling information specialist of the city has said that there has been quite an improvement ever since the Bag Central Station program was started in the city. Residents are asked to throw the plastic bags into bins placed in grocery stores, so that the plastic shopping bags can be recycled into other items such as decking and plastic furniture. City official said that instead of throwing the bags in the bins at home, they can be thrown in the grocery store bins without littering the city or the drains.

A new survey was conducted after the people were encouraged to become more eco-minded. According to the survey conducted, almost 72 percent of the plastic grocery bag users turned the bags into recyclable bags or else found other uses for these bags. Eleven percent of the people in the survey ensured that they returned the bags to the grocery stores to avoid increasing levels of pollution in the city.

It was also found that people were switching to other bag alternatives to spread the environmental friendly attitude. Wholesale reusable bags and other recyclable bags are being used as the popular options. Even though the purpose of the survey was to gauge the use of plastic bags by residents, it was also found that the attitude towards plastic bags was somehow changed. People seem to have gotten the message that plastic bags are extremely toxic and mustn't be utilized.