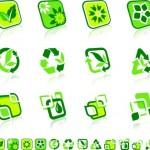 The commissioners at Lycoming County have approved an agreement with the county's resource management department to provide recyclable collecting services for Selinsgrove Borough. The agreement proposes that the recyclables would be collected at no extra expenses. Only items capable of being recycled will be accepted for the purpose.

The operations manager of RMS, Dave Bonus said the county's vehicles would collect recyclables from Borough, twice or thrice in a month. Recycling services are also provided by the county to municipalities in other counties like Union, Northumberland, and Snyder.

A resolution to the grant of about three million dollars to the Children and Youth Services organization of Lycoming County was also reviewed by the commissioners. Citizens and Northern Bank has financed the agency so that the bills are paid on time despite the lapsed state reimbursements.

The commissioners have also approved a contract for maintenance and stationing of equipment at the landfill. The service resulted in landfill machinery achieving compaction rates of more than 12 percent. In this way, more waste could be transferred to the recycling facility.

Burlington County is expected to introduce single stream recycling in the near future. Residents will simply have to place their recyclables in a single container. Burlington County had initiated a recycle program several years ago and it continues to be carried out efficiently.

The recycling program is a shared activity between municipalities. The expenses for residential recycling are funded by the county's revenue.

Most of the residents of Burlington County recycle their goods. Initially when the program began, only newspapers were collected as recyclables; but, now the program has expanded to include cardboard, steel or aluminium scraps, plastic bottles, and glass containers which can easily be recycled into eco friendly promotional items.

Due to the keen interest taken by the county municipalities in recycling activities, county residents are more aware of environmental pollution and the need to act responsibly to reduce it.

Recycling has several benefits to the economy and environment. Products made out of recyclables consume less energy and reduce environmental pollution. Taxes on landfills are also reduced due to the diversion of trash to recycling facilities. The recycling trend has been adopted in various counties of the U.S, and various measures with regard to it have been taken in the recent days.