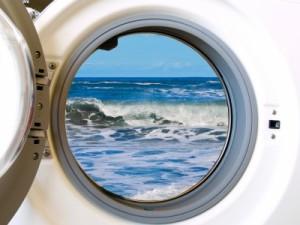 GSP (Global Soap Project) is a NGO initiated in 2009 by Derreck Kayongo along with his wife Sarah. Derreck hit upon the idea for the creative venture when he noticed leftover scraps of soap in an US hotel. Today, several such leftover soaps sourced from different hotels are processed to create a new recycled soap bar that is shipped across the world .

Derreck Kayongo, the Senior Advocacy Director of Care USA for the southeast region hails from Uganda. He stayed as a refugee in Kenya for many years during which he had to endure miserable living conditions where even soap wasn't available.

In 1992, when Derreck checked into a US hotel, he learned that the leftover soap bars used by guests were discarded. It spurred him to draft a recycling mechanism to put the discarded waste to good use.

He took the idea of recycling soap bars to the next level by introducing it to Vicki Gordon, the Vice-President of InterContinental Hotels. Vicki was pleased with the idea and saw in it a great scope for business venture.

He presented the idea to the Georgia Hotel Association and was rewarded with an enthusiastic response. About 13 hotels signed up immediately for the soap recycling process.

According to Vicki, the idea was popularized by word of mouth and soon a board was formed. The committee members were equipped with expertise on the latest recycling technology. Studies were made on the various recycling aspects and the knowledge gathered was used for effective soap recycling. Derreck invested his savings on the first recycling machine which produced recycled soap bars sourced from soap scraps obtained from Atlanta hotels.

The first batch of soap bars had drawbacks; they were was shrunken in size and were hard as well. As better equipment was used, the problems were eliminated and the soap quality was enhanced. Later, MMS Enterprises, a property firm based in Georgia contributed space for the new soap bars.

Now GSP has advanced soap making technology and volunteers from various backgrounds to support their venture. About five thousand pounds of soap scraps sourced from different hotels are processed at Derreck's soap factory.

The soap scraps are first separated out based on their composition and color. Batches of soap scraps undergo extensive tests in laboratories and are clinically processed to free them from pathogens. Next, they are ground into a fine paste and passed through a soap machine. The emerging products are shining bars of soap that are packaged as eco friendly promotional items to various countries.