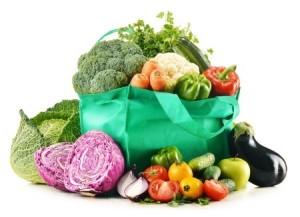 A new wave of awareness is taking over the country with more and more people becoming concerned about the use of single-use plastic bags. Custom printed cloth bags and paper bags are being ushered in under a new era of eco-conservation and people are also interested in this effort.

A Look at the Custom Printed Cloth Bags

Fort Collins had taken a bold step in the fight against the overuse of plastic bags. In 2013, it had raised a bill that would require store merchants to charge a 10-cent fee on the use of plastic bags. The idea was to get people to switch to reusable bags. The 10-cent fee was to be split between the merchant and the city (intended to fund programs to promote eco-friendly habits and educate the masses about the same). However, majority of people seemed to misunderstand the intentions and assumed it to be a money making scheme by the city's law makers. As a result, the new bill states that all money raised from this program will go to the merchant, to alleviate consumer's qualms about where the money is going.

Studies show that as many as 340 billion plastic bags are used on a yearly basis in the US alone. Only about 11 percent of these are reused or recycled, which means that they largely end up as waste. The plastic waste usually ends up clogging waterways and causing an eyesore on the landscapes.

As custom printed cloth bags biodegrade much easily than plastic bags (which take thousands of years to degrade) they are looked at as a very viable solution. Moreover, the fact that they are made of cloth means that they are much less likely to be discarded after a single use.

Apart from the ecological use, custom printed cloth bags can also be used as very handy promotional item. For instance, businesses can have their logo's embossed onto these bags. This can help in spreading the word about their business as well as promoting an eco-friendly image. Such kind of brand image can be invaluable for a business and can create a strong sense of good will amongst its customers.

Charging a small fee to the customers every time they opt for the store-provided bags can play a significant role in the encouraging the use of reusable bags.