Reusable Bags Given out as Promotional Products in Davis Market

Reusable Bags Given out as Promotional Products in Davis Market 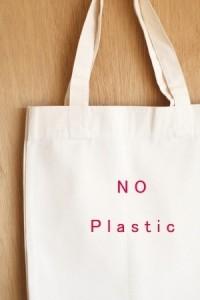 The first 500 shoppers at the Davis Farmers Market were in for a treat on August 6. Organizers of the market distributed promotional products in the form of reusable bags to encourage them to ditch the harmful single-use plastic bags and instead switch to reusable bags that are cost-effective in the long run and better for the environment.

Show Your Commitment to Recycling by Using Reusable Bags

Many counties in the nation are pushing hard for plastic-free existence. Almost all commercial establishments have responded positively to such green measures and are making their shoppers aware that they can no longer use plastic shopping bags (where they have already been banned) or should not use them; use of papers bags is also not being hyped too much because use of a large number of tress to produce paper is again harmful for the environment. Instead buyers are encouraged to use reusable bags that can be used many, many times and when they are to be disposed, they can be recycled instead of being thrown as a toxic waste.

Davis City Council has already banned plastics for small purchases, but they can still be used for bulk items or to carry produce. To make the plastic ban more effective, Davis Farmers bought 7,000 three-pack reusable produce bags and have been distributing them amongst their shoppers and participants (the vendors). They are also selling these bags for $3 each and are offering these bags as freebies with bulk purchases too.

As a part of the “Go Green, Feel Good” initiative, the reusable produce bags and other promotional products are aimed to make the shoppers enjoy their shopping experience and also feel good while doing by making them aware they are doing their bit for the environment. Who wouldn't want to shop and carry them safely in a bag without worrying about a plastic bag that they would have used otherwise and which may kill an animal in future or become just another toxic waste? These bags are trendy, reusable, can be washed and are way cheaper on a long term basis but eliminating paper bags costs for their users.

Davis Farmers Market is looking forward to co-operation from people willing to be a part of the event and switch to green products. By making these bags easily available, it is letting everyone know that it has the solution to the problem of uncomfortable shopping for people who have become too attached to plastics and are struggling to cope with the plastic ban.