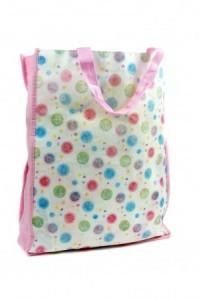 It has been quite some time since plastic bag ban was enforced in San Francisco. Taking into consideration the kind of changes it has brought in; this move by the city council has proved to be a good one. However recently a lawsuit was filed against this ban by ‘Save the Plastic Bag Coalition' which intends to put an end on the ban and bring back plastic bags. But the California Court of Appeals did not seem too pleased with it and ruled in favor of continuing the plastic bag ban. This means that residents of San Francisco will welcome another year with reusable recycled grocery bags.

This plastic bag ban revolution first showed up in the city in 2007 when it was applicable only on pharmacies and grocery stores. It was recently in October 2013 that the ban was extended to restaurants and retail stores. Ever since San Francisco took this eco-friendly step a few years ago, a major change has been seen in the usage of plastic bags in other cities too. In California itself more that 90 counties and cities have already embraced the plastic bag ban. New York City, Denver as well as San Diego too are considering implementing a similar ban wherein a fee of 5 to 10 cents will be charged against defaulters. This small step taken by San Francisco has helped the whole country in understanding the issues created by plastic bags and putting an end to them.

According to a report by Ocean Conservancy, plastic bags make up for the fourth most common ocean litter which not just pollutes the ocean but also poses a major threat to sea animals as they end up eating these bags. Ban on plastic bags have helped to a large extent in reducing this litter. Also as plastic bags are not biodegradable, they take up the precious landfill space.

These bag bans require residents and shoppers to use reusable and paper bags instead of plastic bags. Using reusable recycled grocery bags is the best option when it comes to reducing the litter created by plastic bags as these reusable bags are eco-friendly. They can be used several times and can be recycled too. They are biodegradable unlike plastic bags and are much stronger and durable too.