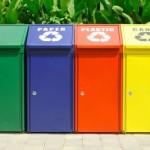 Many cities in the US are bearing the brunt of increased recycling costs. Sacramento County is also experiencing similar problems, and so the city council has decided to change its recycling cycle from every week to alternate weeks. At present, the city officials collect waste material from the residents every week, but from July 2013 the officials will start collecting the waste on alternate weeks.

At present, the county spends a considerable amount of money on recyclables. According to the general manager of the integrated waste system at the city, Steve Harriman, this change will help the county save up around a million dollars on recycling activities. Even though the actual waste recycling costs will not decrease with this change, the waste collection rates will depreciate drastically. Statistically, the extra new bins are estimated to cost around $2 a month compared to the estimated $6 a month at present.

According to experts, a large portion of the county's population already recycles majority of their waste. So this change in the recycling system won't impact their participation in anyway and will help them improve their storage skills. Additionally, with reduction in costs, the city council will have the liberty to allocate funds to other green initiatives as well. So the residents will have more options in terms of eco friendly promotional items like custom recycled bags.

Speculations on the Recycling Cycle Change

Even though the entire team of city officials approved this change unanimously, many people were uncertain about it. Angelique Ashby, a councilwoman, stated that she was apprehensive about putting this proposal into action. She feels that a biweekly collection system will discourage the residents as they won't be able to store all their waste materials over a span of two weeks.

Ashby presented her problem in front of the council, with specific reference to waste generated from gardens that would be hard to store for a span of 2 weeks. To clarify this issue, the officials stated that the recycling carts will collect wastes twice a month, but the claw will collect green waste from residents in spring and winter regularly. A claw is a machine that is used by waste collectors to clear up leaves from the roads. However, Harriman discouraged residents to use the claw and stated that if they use the new waste bins, they would save up on their waste disposal costs.