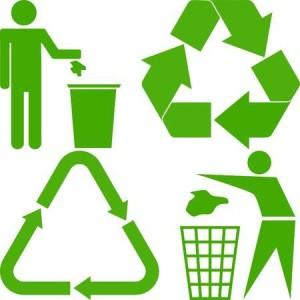 City officials from Sacramento seemed to have come under intense scrutiny when they passed a bill known as SB 270 that disallows grocery and convenient stores from providing lightweight plastic bags to customers. Customers have commented that these bags are often termed, ‘single-use' but are in fact used multiple times for several domestic purposes. It has also been stated that the fee levied on individuals required to purchase reusable bags may not go towards clean up and restoration programs, and may instead simply line the pockets of the California Grocers Association.

What Are the Prohibitions If You Arent Using Non-Woven Polypropylene Bags?

The SB 270 bill, which is likely to be passed by the Assembly in the next coming days, requires all retail outlets from providing any form of single-use carry bags to customers. Moreover, if these stores do wish to provide bags, they will need to do so in the form of reusable non-woven polypropylene bags at 10 cents a bag. SB 270 also sanction a sum of $2 million in loans and grants extended to manufacturers, that is to be used to introduce new facilities that allow for the production of these bags. This sum will also contribute towards the implementation of recycling programs across the city.

While the sponsor of the bill, Senator Alex Padilla has stated that approximately 88% of HDPE (high-density polyethylene) bags do not reach recycling facilities, his argument has been contradicted by the American Progressive Bag Alliance which states that the thicker HDPE bags that the bill does allow for actually takes five times more energy to produce than the lightweight ones. The APBA continues by stating that the bill will primarily benefit grocers who could take home an additional $189 million from the pockets of their customers.

Despite the heavy criticism that the bill has received, its primary purpose is to encourage individuals to shift towards the use of re-usable non-woven polypropylene bags that many stores sell for just a dollar. While individuals have commented that the previous plastic bags do also have some degree of re-usability, city officials are expectant that the new bags permitted under the bill will provide a far better alternative.

Officials have commented that the use of reusable bags is not a brand new idea, and that it has been implemented with success across numerous states in the United States. As long as the collected fees are received by government bodies with accountability, the use of new reusable bags can work towards increased environmental sustainability, and improved recycling efforts.