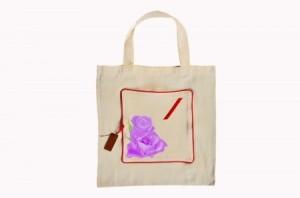 As is becoming increasingly well known, plastic bags take an extremely long time to decompose. To add to this, the fact that they are so widely and easily produced, makes them a convenient option to use despite the fact that they can harm the environment so significantly.

How Will the Ban on Plastic Bags Help?

Studies have shown that, in the United States of America alone, nearly 30 million plastic bags are discarded in the span of a single year. These discarded plastic bags then end up polluting the countryside as well as clogging up essential waterways. As a result, significant damage not only done to the environment - but also to the efficiency of the waterworks systems.

There is also an economic aspect to the use of plastic bags. Because they are not biodegradable, the government needs to spend a huge chunk of taxpayer money to get rid of the discarded plastic bags. Financial reports show that the city of San Antonio spends as much as $1.3 million simply cleaning up discarded plastic bags from parks and other public facilities. The entire state spends approximately $25 million a year to perform the same task.

The city has proposed a ban on plastic bags to prevent damage to the environment and life in general. There is some resistance to the ban as some people still maintain that plastic bags are so much more convenient than printed custom shopping bags made of paper - especially when carrying items that are wet; but on an overview, there do seem to be more for the ban than against it.

The Ban on Plastic Bags and Printed Custom Shopping Bags

There is a fight regarding the advantages of plastic bags over printed custom shopping bags, primarily in relation to the ability of the paper bags to hold onto moist or wet items. Plastic bags are also known to be more durable over a vast array of weather conditions. However, the fact that we are endangering the Earth's longevity is a very important point to make note of and should not be ignored. Also, the amount of money the state and country would save on plastic bag collection is immense and can be better served in other areas of development.