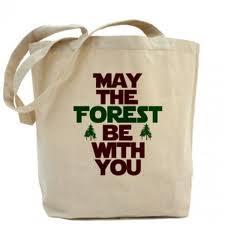 The city of San Carlos is slowing moving towards an ordinance to ban plastic bags. Over the past few days, the city council in San Carlos has had a lot of discussions on this matter. The Mayor of the city, Matt Grocott, had his concerns with regard to this ban; however in the end, this ordinance in favor of reusable bags has been approved by the majority of the city council.

The Ordinance in Favor of Reusable Shopping Bags

According to the reusable bag ordinance that was recently passed by the city council, from the month of July, 2013, the retailers within San Carlos will not be allowed to supply plastic bags to their customers. The retailers will either have to use bags made from recycled paper, or they will have to provide their customers with reusable bags. However, the customers will be charged a minimum of 10 cents for each of these bags.

In order to avoid being charged for carry bags, the residents will have the option of bringing their own reusable bags to the stores. As a matter of fact, the city council is hoping that most of the residents will prefer to carry their own reusable bags instead of buying a new one from the store. According to Brian Moura, the Assistant City Manager, the city council started considering a ban on plastic bags in 2011 itself. He feels that many people were waiting for this ban to come into effect, as they found it hard to dispose plastic bags, and now that the ban has been approved, all the residents will be able to dispose their waste easily.

However, there are a few stores that have been exempted from this ban, and they will be allowed to use plastic bags in their premises. These stores include medical and liquor stores, packaged food stores and restaurants, or garment stores. These stores have been exempted from the ordinance as their products need to be sold in plastic bags in order to protect them.

According to Moura, recycled reusable shopping bags have a lot of advantages, and the city will benefit by promoting them. He stated that with the increased usage of reusable bags, the residents will be able to dispose their waste easily, especially their plastic waste. So, more and more residents will participate in the recycling activities conducted by the city authorities, as they won't have to spend a lot of time in waste segregation.