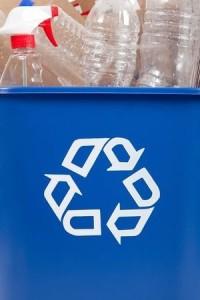 The focus in most parts of the country has been largely on single use plastic bags. As such, the use and sale of plastic bottles has gone largely under the radar. However, the fact remains that plastic bottles are as much to blame for the over-use of plastic as their grocery carrying counterparts.

Just as with plastic bags, the discarded plastic bottles are either used in landfills or shipped off into the ocean as waste. However, given the fact that it takes about 1,000 years for a regular sized water bottle to biodegrade, the problems are obvious. Banning the use of single use water bottles might be a little harder to implement than single use plastic bag bans.

For instance, the fact that they are usually and most widely used to sell packaged water, there are extenuating factors that play their part and will see the sale of packaged drinking water reduce heavily. The lawmakers are looking at viable ways of retaining the sale of packaged drinking water. One theory is to coax shoppers to bring their own reusable water bottles and place it under a tap to refill as one would at home. However, the water companies put forth the dispute that this will also make the sale of the healthiest packaged beverage at public and athletic events even harder if they don't have their reusable water bottles with them.

Ditching the plastic bag and instead switching to wholesale reusable plastic bags is considered to be a landmark moment in the fight for a more eco-friendly world. Studies have shown that more than four metric tons of waste can be attributed to the discarding of plastic bags while an additional cost is incurred when they need to be gathered and shipped to landfill areas. Switching to wholesale reusable bags will have a significant positive impact on the use of public funds in the years to come.