Why Santa Barbara Residents are Switching to Discount Reusable Bags

Why Santa Barbara Residents are Switching to Discount Reusable Bags 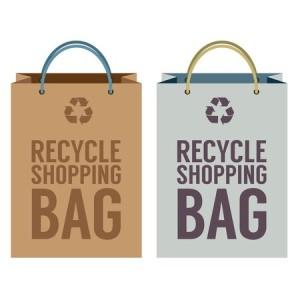 Santa Barbara is riding high on its first successful wave of banning use of plastic bags in large stores. Effective 14 May 2014, shoppers are no longer allowed to use them. They also need to pay 10 cents for a paper bag or can enjoy an inexpensive, ecologically healthy shopping experience by using reusable bags.

The Council members planned this move in two parts to ensure a smooth transition took place across all commercial units in the city. They realized that imposing a sudden and comprehensive ban may cause inconveniences to the public and trading centers. So they decided to split the move as following:

Phase 1 – Implemented on 14th May, this phase targeted large supermarkets and stores with a pharmacy having a retail space of 10,000 square feet or more. Such retail entities did their bit and forewarned customers to come armed with discount reusable bags rather than paying for paper bags. While some customers had already been following the method for a while, the ban was extensively advertised for the benefit of the masses. Paper bags were made available for free for those who faced hardships and survived, for example, food coupons were exempt from the fine.

Phase 2 – Now that majority of the people are aware of the ban, thanks to their experiences with larger stores, the move will trickle into the smaller crevices of the commercial sector on 14th November 2014. It will impact grocery and drug stores, all pharmacies, convenience food stores as well as marts. All stores that sell a line of groceries must also be self-certified by completing a bag Ordinance Self-Certification form available on the Council's official website.

With this 2 phased plan, the Council aims to free the city altogether of unnecessary plastic and paper bags. It still however, allows use of plastics to pack or transport meat and fish or as trash liners.

Thanks to the Council's strategy of imposing the ban in separate phases and widespread advertising, customers who shop in large stores and in small ones are aware of the ban. Most people now maintain a number of discount reusable bags at all times. Everyone is now united in their effort to avoid plastic and paper wastes from ending up in landfills and creating toxic as well as fatal menace to human beings and animals alike.